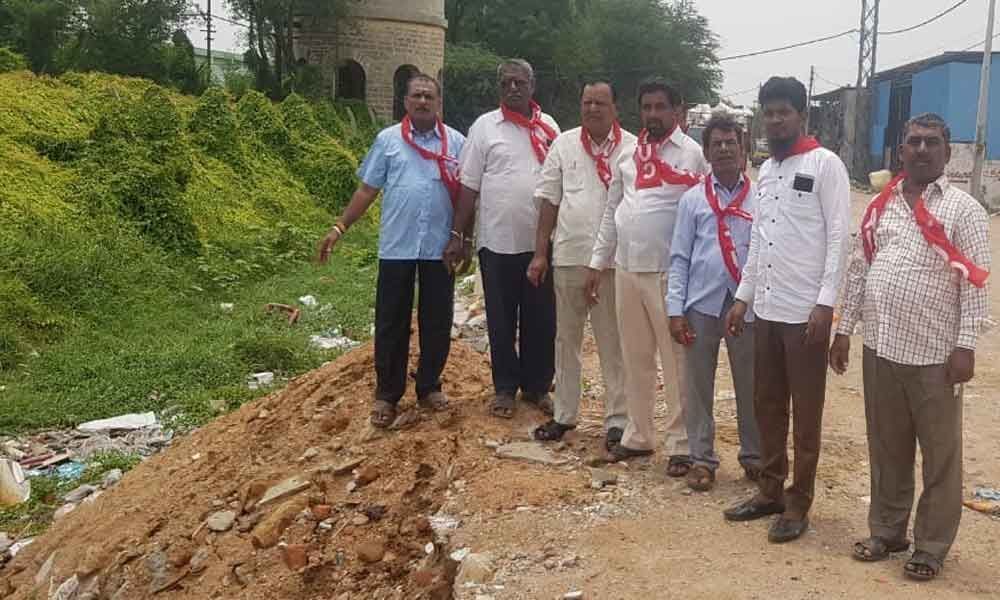 President of AIYF Greater Hyderabad unit Shaik Nadeem expressed anguish over the alleged failure of officials to protect lands under the Musi river.

Speaking after inspecting the lands along with AIYF and CPI leaders, he claimed that innumerable representations to Hyderabad deputy collector and the Amberpet tahsildar have had no effect on encroachment of Musi lands.

He pointed out that although vacant lands abutting the Musi were being grabbed systematically by filling sand/rubble carried in lorries and photographs were published in the media officials were allegedly turning a blind eye.

Nadeem while warning officials that the party would not be a silent spectator to land-grabbing by persons close to the government wanted officials to at least now react. He wanted local MLA and corporator to intervene.

Satyanarayana, AITUC State Council member and retired HMWSSB employee, demanded allotment of the board land between Amberpet depot and Uppal Nallacheruvu, spread over eight km, to the board staff at the rate of 200 sq yard each for building houses.The balance land should be allotted to poor.

Among those who visited the lands were CPI leader Rakesh Singh,AITUC leaders Parmesh, Ramesh, Ashok, Das.