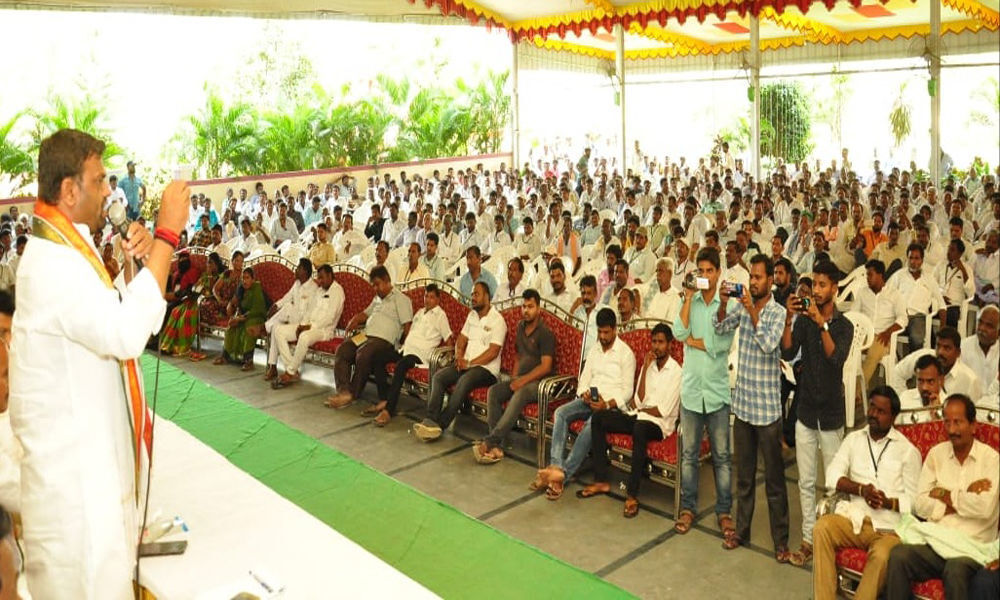 Addressing the booth level party activists meeting at a function hall in Kandanelli, Rohith said that a vote for the BJP or the TRS would go waste. He held TRS government responsible for the injustice meted out to the unemployed, students and employees by merging the district in Jogulamba Gadwal zone. He said that several sections of the society were facing hardships.

Rohith criticised the former Home Minister Sabita Indra Reddy for joining in TRS after enjoying power in the Congress and added that people would teach a befitting lesson to such opportunistic leaders. He said development of the nation would be possible only if Rahul Gandhi becomes Prime Minister.

He appealed activists to conduct an awareness campaign about Congress assurance of giving Rs 72,000 for each poor family. Former Medchal MLA K Laxma Reddy, Municipal Chairperson Sunitha and several leaders from Basheerabad, Peddemul and Yalal were present on the occasion.