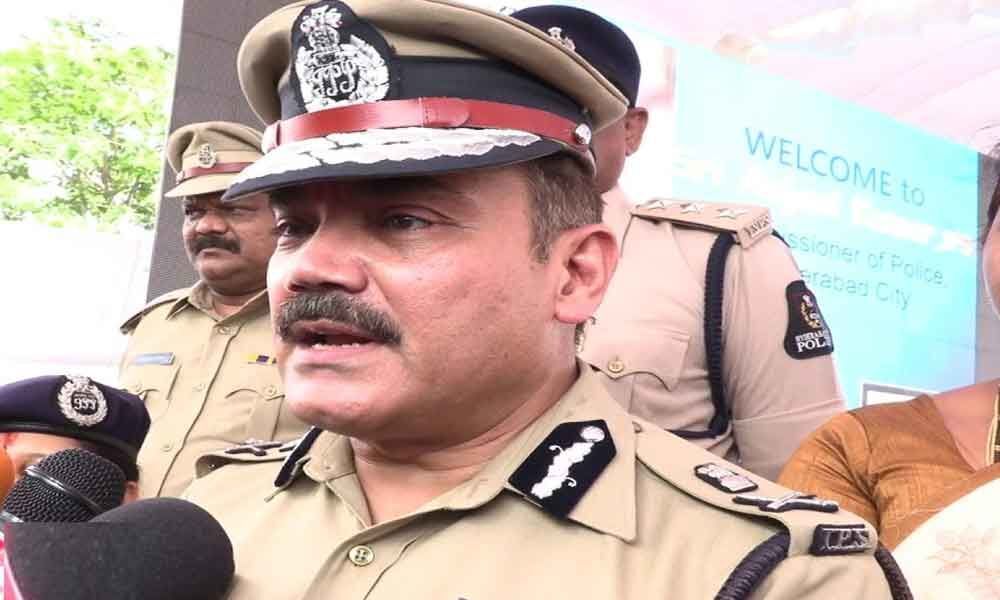 The police have declared Gopalpuram area of Secunderabad as a safe zone following the fixing of CCTV cameras at four centres under the local police station limits.

Secunderabad: The police have declared Gopalpuram area of Secunderabad as a safe zone following the fixing of CCTV cameras at four centres under the local police station limits.

Announcing this on Monday, City Police Commissioner Anjani Kumar said that credit should be given to the police for taking appropriate measures and bringing down the crime rate in Secunderabad by 60 per cent. Speaking to The Hans India, Kumar revealed that the CCTV cameras, which were installed, were found to be very useful in checking the crime rate and in nabbing offenders. He urged the people to extend their cooperation in the installation of CCTV cameras.

After the fixing CCTV cameras through the good offices of 'Nenu Saitam' the crime rate has fallen, he asserted. He said that two lakh CCTV cameras have been installed in the city. "There is a need for installing more such CCTV cameras," Kumar added.

The Commissioner of Police said that people could give information on their problems by dialing '100', which receives more than 50,000 calls every week. "The police are able to reach the spot within six minutes on receiving a call", he asserted.

The Police Commissioner lauded 'Prajwala Home', a joint venture of the police and an NGO for setting up a shelter to check prostitution and for cooperating with the police. He lauded the efforts of North zone DCP Sumathi, Prajwala representative Sunita Kishan, CWC Sharada, Gopalpuram police inspectors Sridhar and Ramachandra Reddy for identifying those driven to prostitution and helping them in leading honourable lives.