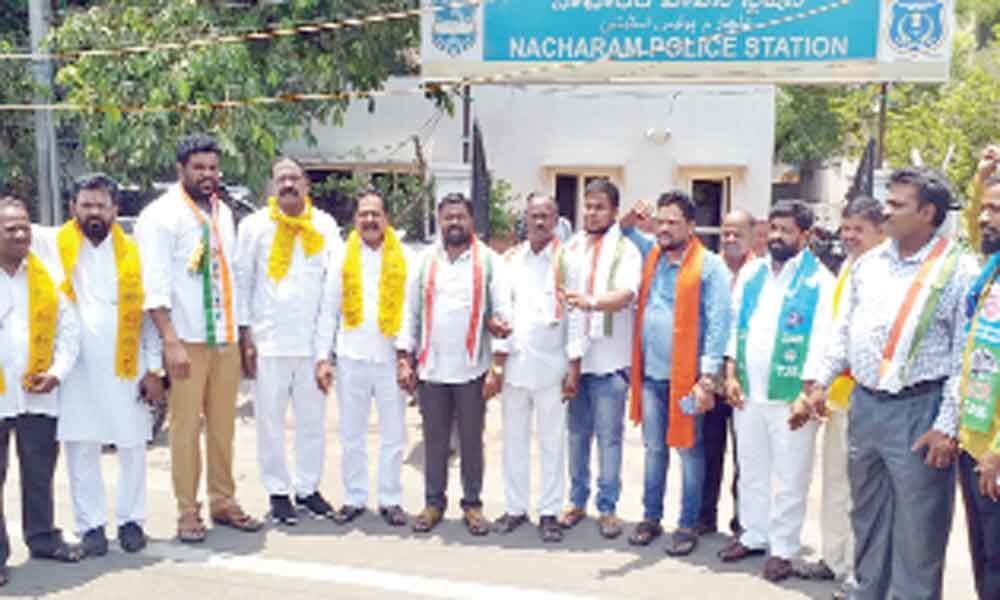 Nacharam: The irregularities in Intermediate Board made opposition parties call for a Maha Dharna. Nacharam Police arrested leaders of different parties who were going to join Maha Dharna, and took them to Nacharam Police Station.

The leaders condemned their arrest and said it is not the way to run the government. They criticized the state government for not paying condolences to the families who lost their children. They also demanded to promise the safety of the families.