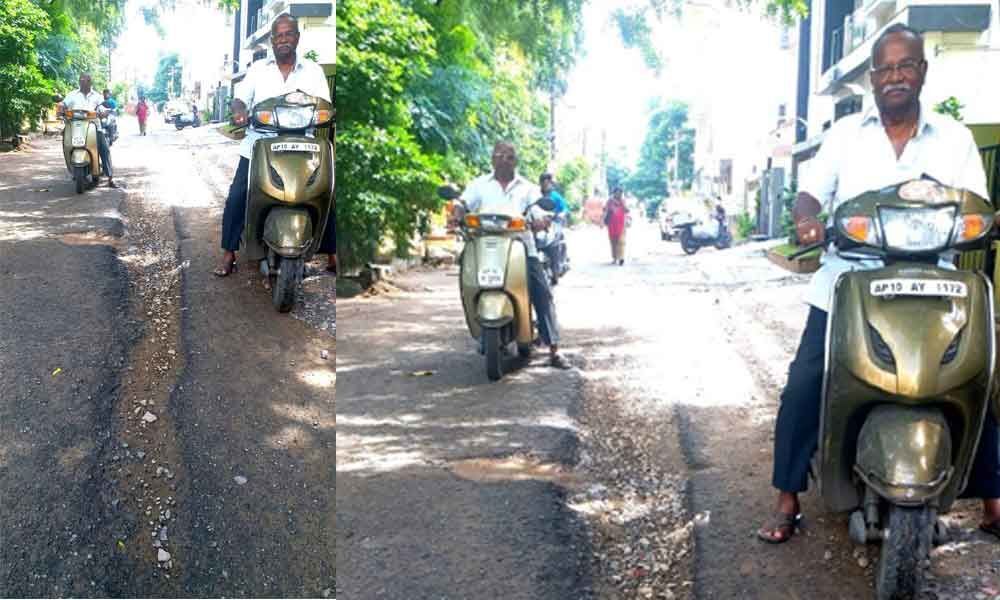 The residents of Old Vasavi Nagar are finding it very difficult to travel on main road as well as internal roads in the locality.

Secunderabad: The residents of Old Vasavi Nagar are finding it very difficult to travel on main road as well as internal roads in the locality. One Ramesh Kumar said an internal road of the area was dug up to lay new drainage pipeline, but was not restored. As a result, it has become accident-prone.

"We have highlighted the pathetic road issue in social media and have also approached SCB officials for a permanent solution. But till now no action has been taken by the authority," says T Satish Gupta, president of Vasavinagar Welfare Association. Especially, the motorist are being affected most while commuting on the road and as the lane is nothing but a heap of sand and also is completely filled with potholes.

"Due to bad conditions of the road, traffic congestion has also worsened and those commuting from this road are facing a harrowing experience. We had complained about this issue to the officials concerned. For past several years we have been facing problems to travel from this lane and now there is a need for permanent solution," added Ramesh.