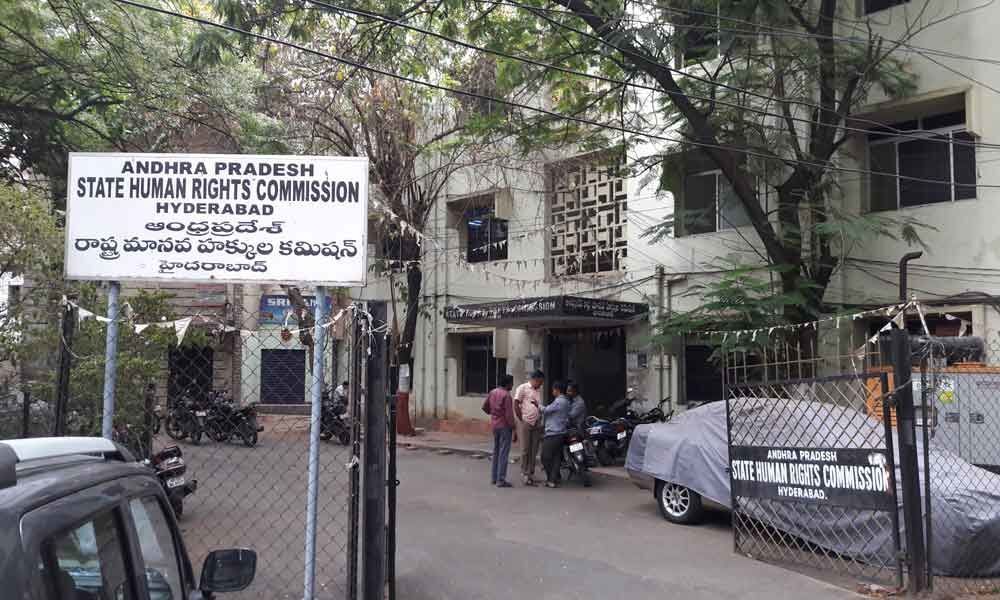 The proceedings at State Human Rights Commission (SHRC) have been piled up for nearly six months as there has been no appointment of Chairman-cum-Judge.

Nampally: The proceedings at State Human Rights Commission (SHRC) have been piled up for nearly six months as there has been no appointment of Chairman-cum-Judge. For two years now there is no permanent Chairman to this independent body. The petitioners are left in the lurch that there is no hope that their issues would be solved at earliest.

While the High Court got bifurcated, there was belief that even the SHRC would be also follow suit, but there was no effort what so ever from State government. At least the government should have appointed the Judge as there is no way that poor could afford to go to High Court for their cases," said Syed A Saleem, a High Court advocate.

The advocate pointed out that besides Chairman-Judge, evenposts of non-judicial members have not been filled. "I shall be filing a PIL in the High Court shortly over the issue seeking the reason behind the delay over the appointment of Chairman.

Retired Chief Justices who got retired are appointed and there are scores of those who could have appointed," he pointed out. It is being alleged that the committee which includes Chief Minister, Home Minister, Speaker, Leader of the Opposition in the Assembly and Leader of the Opposition in the Legislative Council,is not able to find a suitable person of their choice like Nisar Ahmad Kakru.

Another advocate P Damodar Reddy who has been fighting cases of human rights violations held that there are some 3,000 cases pending with the SHRC. Explaining one instance, he said that one Sadanandam whose case with SHRC remains pending has not only been able to get justice but is also facing 'life threat' from the policemen whose names are mentioned in the complaint and is under pressure to withdraw the same. "The cases of human rights violations remain pending for the last five to six months.

There are several judges who are capable of overseeing the SHRC.Why is that the State government is not able to find a suitable person even from another State, when it could find Kakru from Jammu and Kashmir? All the government employees have been receiving salaries for no work and policemen remain unquestionable and unaccountable for their illegal actions," he added.