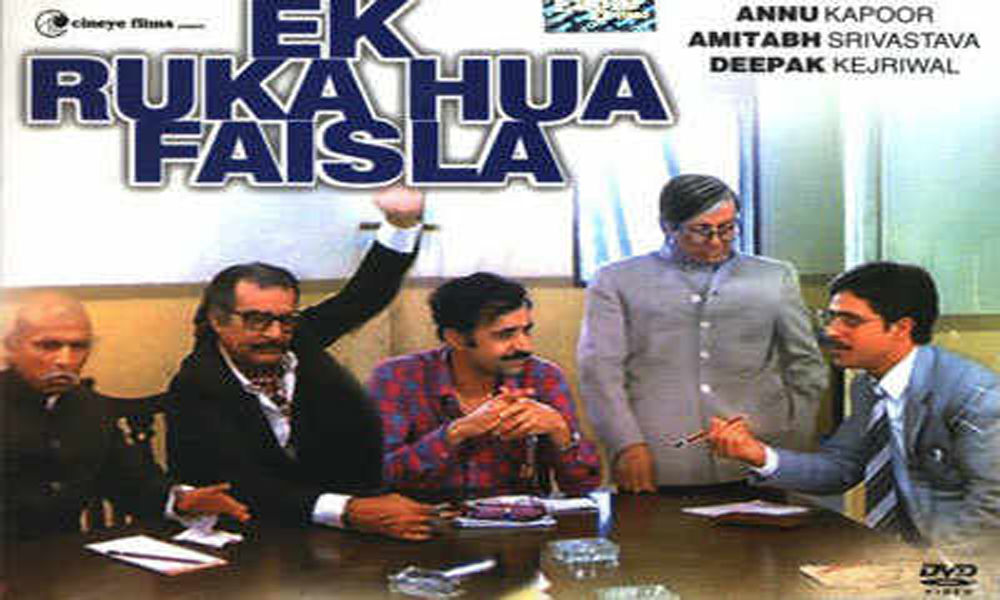 Ek Ruka Hua Faisla is a 1986 Indian Bollywood courtroom drama film, directed by Basu Chatterjee. It is a remake of the Golden Bear winning American motion picture 12 Angry Men (1957), which was directed by Sidney Lumet, the film in turn was an adaptation from a teleplay of the same name by Reginald Rose.

The story begins in a courtroom where a teenage boy from a city slum is on trial for stabbing his father to death. Final closing arguments have been presented, and the judge then instructs the jury to decide whether the boy is guilty of murder, which carries a mandatory death sentence.

Where: Lamakaan, Road No 1,