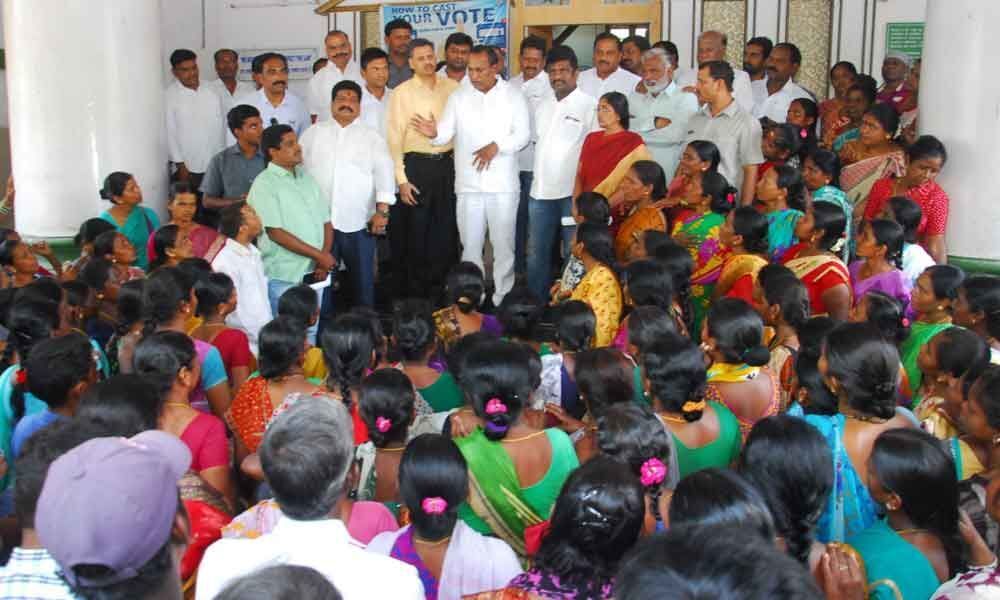 The Secunderabad Cantonment Board (SCB) contract workers ended their strike after leaders of the union leaders held discussions with Labour Minister Ch Malla Reddy on Sunday.

The minister, who addressed members of the union during a dharna in front of the board on Monday, stated that he had held discussions with the union leaders, CEO of the board and board members on the problems facing the contract workers.

Referring to the problem of transferring the workers to far off places, Reddy assured that he would m make sure that the distance was not more than one km, in view of the hardship faced by the low paid workers in travelling to far off places of work. He also assured steps to pay the pending two months salaries to them and that salaries in future would be paid promptly.

The minister told the workers that they could come to him if they faced any problem. Narsimha, AITUC State secretary and union president, thanked Reddy for coming to the dharna spot and showing the way for ending the workers' strike.