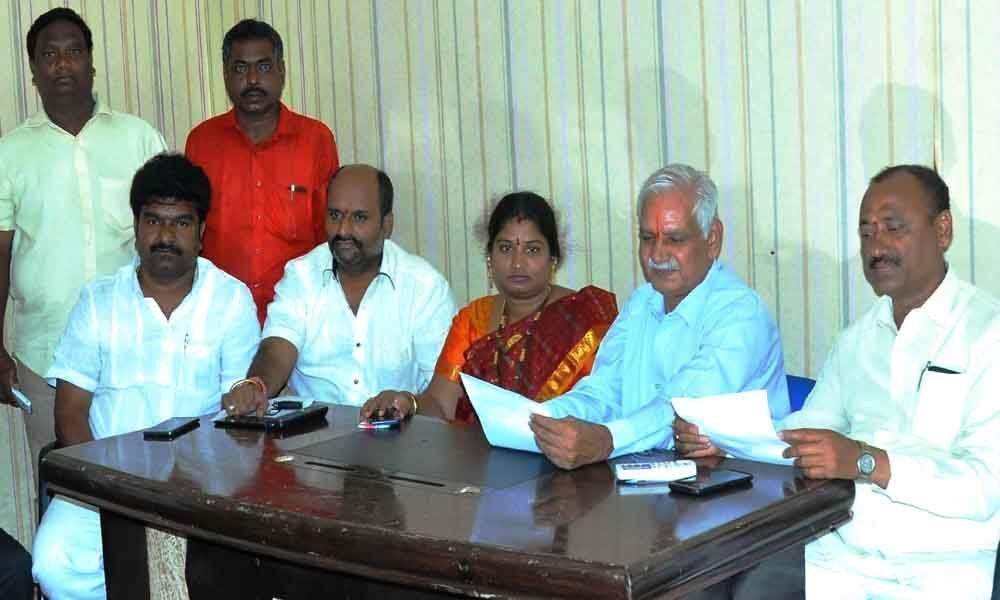 The TDP leaders condemned the irresponsible comments of Inter Board Secretary Ashok Kumar who said that everything was normal and advised students to go for revaluation if they had any doubts. Appointment of a three-member committed was a sham, they opined. They alleged that Minister Jagdish Reddy was focusing more on the ZPTC and MPTC elections than on addressing the serious issue at hand. This demonstrates how the TRS government destroyed education in the state, the TDP leaders criticised.

It was shocking that a girl student from Mancherial, who was district topper in the first year and secured 96 marks in Telugu, got zero marks in Telugu in the second year. They demanded that the state government sack the Inter Board Secretary with immediate effect and ensure that students get justice.

They also criticised the government for handing over the process of computing results to an inexperienced organisation Globarina whose MD SS Raju, they alleged, was a good friend of KTR. Among those who addressed the media were P Saibaba, P Raj Goud, Nallela Kishore, Aruna Jayender, Sripathi Satish, Ravinder Chari, Jayender Babu, Gangadhar Goud, M Raju and others.