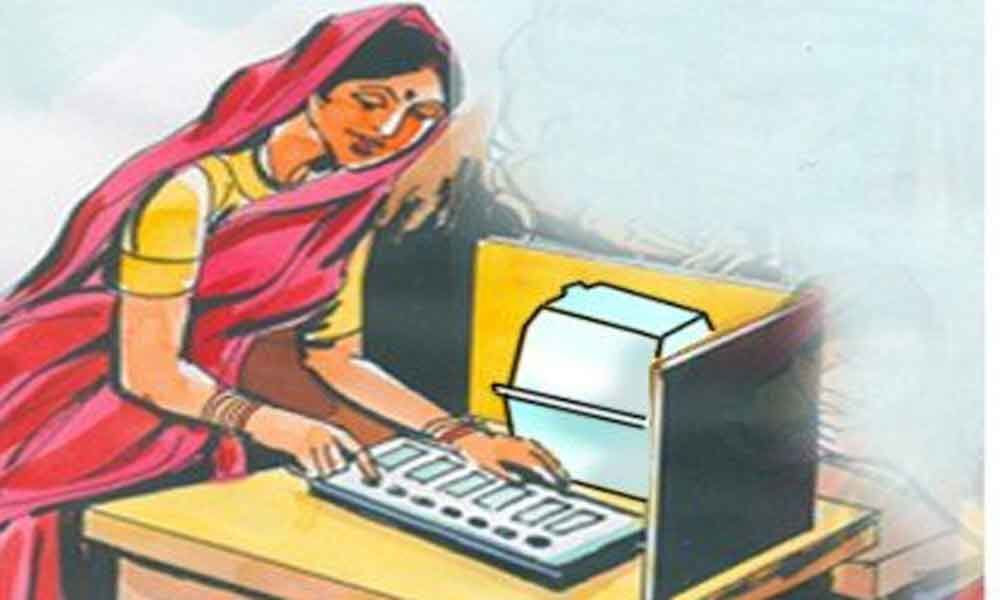 The GHMC is pushing ahead with its Systematic Voters' Education and Electoral Participation (SVEEP) programme in a fervent to bid greatly enhance the percentage of voting within its limits.

Hyderabad: The GHMC is pushing ahead with its Systematic Voters' Education and Electoral Participation (SVEEP) programme in a fervent to bid greatly enhance the percentage of voting within its limits. The efforts began February 2, by roping in those NGOs which are working towards empowerment of Persons with Disabilities (PwDs). The civic body is determined to bring out more disabled people to vote in the ensuing parliamentary elections.

GHMC Commissioner M Dana Kishore, who is also District Election Officer (EDO), has been spearheading various activities like electoral literacy clubs each in Assembly constituencies. Officials such as Tahsilder, DPOs, Supervisor from ICDS etc., and NGO have been tasked with voter education and impressing upon the PwDs and enrolling them as voters as well as mobilising them on the polling day.

The total number of PwD voters mapped to the ERO net has been increased from 18,042 to 20,309 and Braille voter cards distributed to the visually challenged voters. Special message has been blasted to all the Property Tax Payers of GHMC with an appeal to enrol the eligible voters.

Special help line have been provided by the GHMC to the people to know their booth etc., or to seek any other info (1800-599-2999, 1950). Online services are available at www.nvsp.in or ceotelangana.gov.in or VAADA App. People are also encouraged to visit the nearby Deputy Commissioner Offices.

Meanwhile, as part of sensitising voters on use of EVMs and VVPATs, 92 teams have been deployed, each team having to cover around 10 to 12 polling stations per day, to provide hands-on experience on EVMs & VVPATs. The teams are also asked to apprise the public of creation of virtual polling station to have an idea of facilities provided at each polling station, and explain to them the importance of ethical voting/ casting vote in the ensuing elections, participation of the neglected stakeholders like women, PwDs, senior voters and first-time voters, as part of Chunav Patashala which is expected to be completed by April 4, covering all the polling stations in the vicinity of Hyderabad & Secunderabad Parliamentary Constituencies of Hyderabad district.

A press release from the DEO stated that so far 36,700 voters experienced the functioning of EVMs & VVPATs as of March 25, covering 908 out of 1,476 polling locations. The civic body is also roping in NSS/NCC volunteers and is allotting 50 per Assembly constituency to be drafted as volunteers on the day of polling. A 1,388 wheelchairs have been kept ready towards mobilisation of PwD/senior citizen voters.