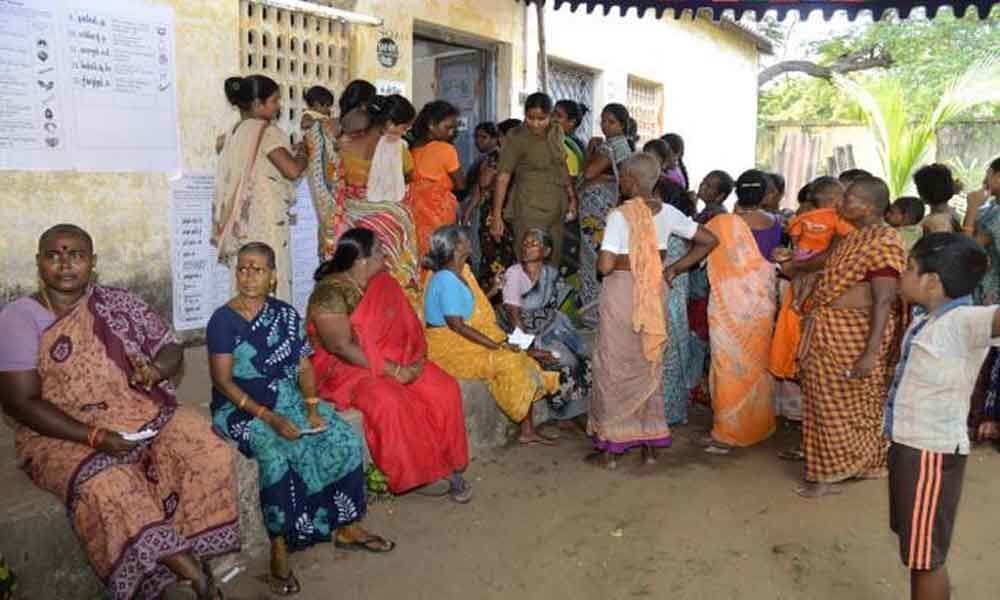 With just one day left for the scheduled polling day for the Lok Sabha elections, complaints have started pouring in from the voters against non-inclusion of their names in the voter lists and non-availability of voter slips. The vexation frothing out from the voters of different areas and Rajendranagar constituency is not exception to this outcry.

Rajendranagar: With just one day left for the scheduled polling day for the Lok Sabha elections, complaints have started pouring in from the voters against non-inclusion of their names in the voter lists and non-availability of voter slips. The vexation frothing out from the voters of different areas and Rajendranagar constituency is not exception to this outcry.

"Neither the BLOs and their staff distributed the voter slips. We have to take some time off our routine chores to approach them to get the voter slips. We can't say what makes them do away with their responsibility but it is wide open that if we aren't asking them for the slips they will not turn towards us on their own, for sure," said Mohammed Ubaid of Shastripuram Colony under Rajendranagar.

While the Election Commission is creating maximum awareness among the voters about their right to vote and increase voting percentage, officials are not doing their bit by reaching out to voters with voter slips, criticise the people.

"We see no change in the electioneering process wherein we are forced to run from one corner to another every time just to check whether our voter slips are generated or not. Even though we carried the Electoral Photo Identity Cards (EPICs) with us issued by the Election Commission, we were unable to cast our vote on the day of polling due to non-availability of voter slips last time," said Mir Mushtaq Ahmed Baig, a resident of Shastripuram Colony.

"Instead of distributing the voter slips on their own, these booth-level staff especially at Shastripuram and Kings Colony are roaming around with local party activists complacently. How can a voter, whose ideology differs with that of a local political party, could approach the BLO staff members who are hobnobbing with the same party activists? One could easily understand the propensity of the local leaders who will never ever take any chance of ensuring that the voter slips reach those whom they perceive as 'hostile voters.' The EC must take action against those BLO staff moving around with local political activists," rue another voter from Kings Colony.

When the matter was taken to the notice of RDO of Rajendranagar, she assured that the matter would be examined and would send the MRO concerned to take stock of the situation and to see this would not happen again. "Even though the officials warn them against such malfeasance while discharging their duties, the booth-level officials and their contractual subordinates are resorting to hobnobbing with political leaders on the field while distributing voter slips. They start doling out voter slips with the complicity of local leaders in contravention of the rules set by the Election Commission," said an official on condition of anonymity.