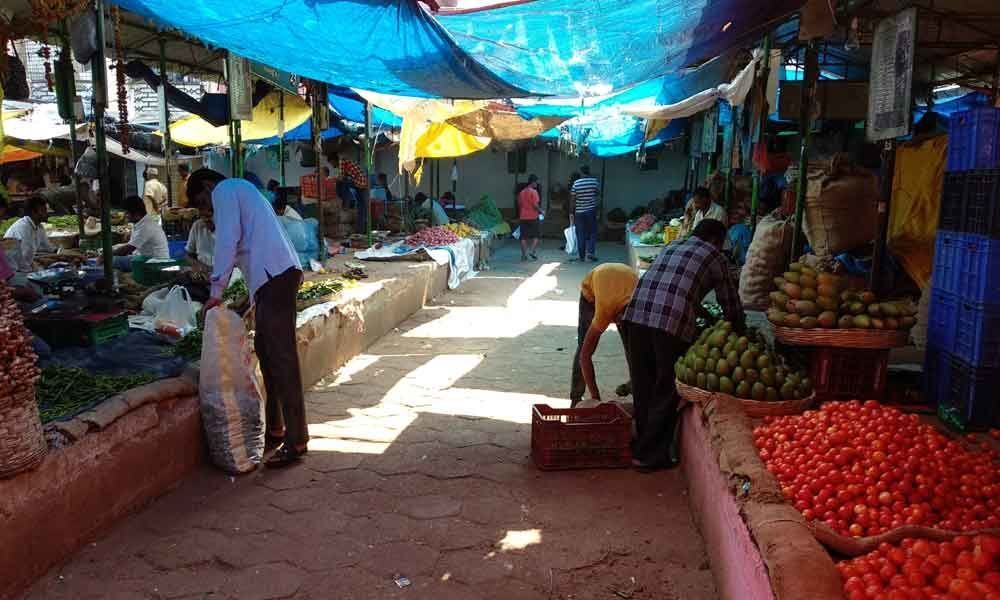 Laxmi, a housewife and resident of Mehdipatnam says, "It is convenient as we get to pick up not just vegetables but cosmetics and imitation jewelry at the weekly market and there is no need to go all the way to the Rythu Bazaar." Vegetable vendors say people feel it convenient as we take the goods to their doorstep.

"We bring our products to Rythu Bazaar hoping we get a good price but in recent times because of super markets and weekly markets we are not able to sell our goods," said Kumar, vegetables vendor at the Rythu bazaar.

A Lakshmi Narayana, in-charge of Mehdipatnam Rythu Bazaar, says, "In 2017, on an average there were 10,000 visitors per day, today the number has dropped to 7000 per day. Though we offer vendors to go and sell their products at the weekly bazaar, they are not showing their willingness."

"Though we are not interested to sell our products at Rythu Bazaar because of dull business, we have no other option to sell our items here. In the beginning we did not even get time to have a cup of tea due to lack of time, but these days it is the opposite due to the advent of super markets such as Reliance, More and the weekly bazaar on streets," said Manayya, fruits and vegetables vendor in Rythu Bazaar.

"I used to sell Rs 10000 worth stock during festivals but in recent times it has dropped to Rs 3000. It is even getting tough to run our families with which we are earning here in Rythu Bazaar. Officials have to respond and solve our problem lest farmers will be faced with many problems in future days," said Narendar, coconut vendor.