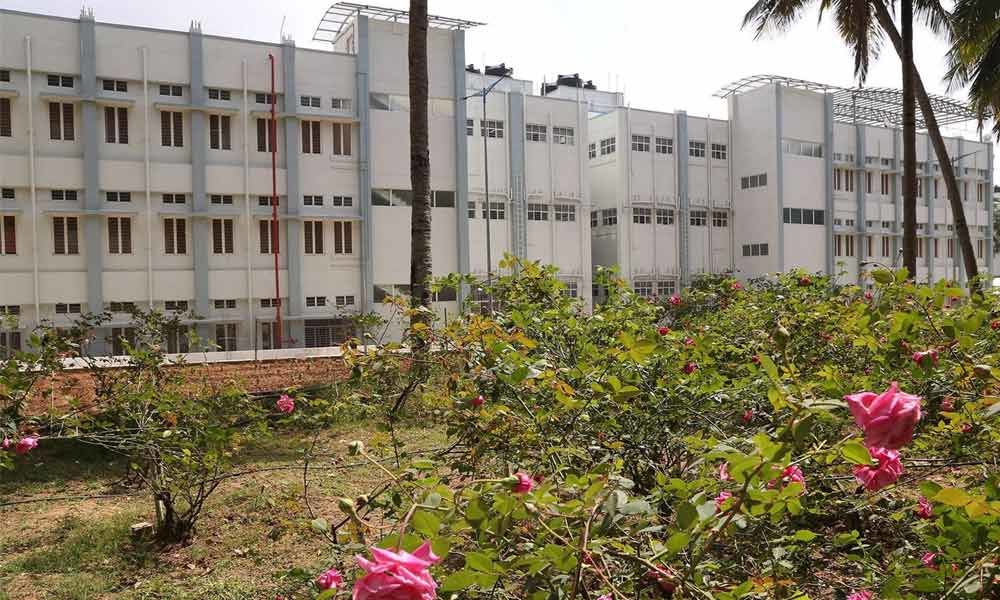 A Srivari garden in Tirumala

With an aim to enhance the beauty of hilltop temple town Tirumala and also for the sake of daily worship of Lord Venkateswara, the TTD has developed yet another sacred flower garden in the Hill Town

Tirumala: With an aim to enhance the beauty of hilltop temple town Tirumala and also for the sake of daily worship of Lord Venkateswara, the TTD has developed yet another sacred flower garden in the Hill Town. The TTD Garden department took up the development of the garden on five acres of land near Bata Gangamma temple at Tirumala.

TTD is growing all traditional flowers like Marigold, Vrukshi Roja, Lily, Madurai Jasmine, Kanakambaram, Manu Sampangi, Tulasi, Paneer leaves and other aromatic leaves that are used daily in the temple for the performance of various pujas and decoration of the presiding deity and the processional deities. TTD sources said the garden will be ready to yield the flower varieties and aromatic leaves will be provided to Sri Venkateswara temple for performance of daily rituals and also decoration of deities from the month of April-May this year.

TTD is also developing another Sri Venkateswara sacred flower garden at a cost of Rs 1.5 crore with the support of donors to grow various species that were mentioned in Puranas as sacred in a 10-acre land near Shila Thoranam on the hills. As many as 25 varieties of aromatic plants including seven leaves bananas plantation which are considered as most auspicious will also be grown apart from Tulasi, Darba, Sampangi, Mango and Parijata.

It may be noted that TTD had already taken up Sri Venkateswara sandalwood gardens and red sanders near Gogarbham dam keeping in its requirement of pure sandals required for temple religious ceremonies.

Another major initiative was beautification of two ghat roads and footpaths under which the TTD gardens department and the Forest department are coordinating the efforts to promote greenery with green leaves and flower plants along ghat roads, Alipiri and Srivari Mettu footpaths leading to Tirumala.