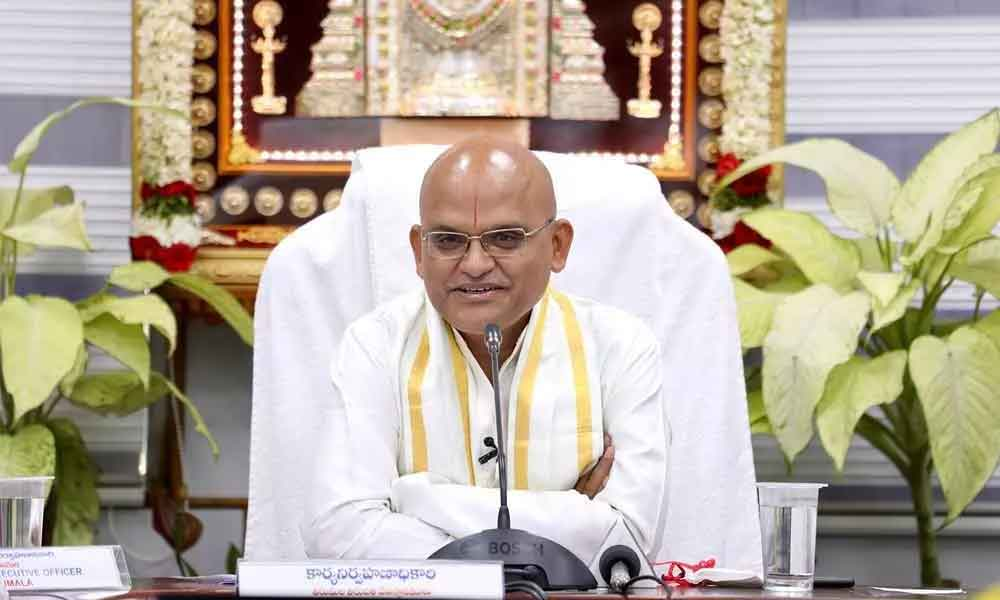 Tirumala: Plavanama Samvatsara Ugadi festival will be observed at different places including Asthanam at Srivari temple in Tirumala on April 13, said TTD EO Dr K S Jawahar Reddy. Before taking the calls from pilgrim callers as part of the monthly Dial your EO programme, the EO said Asthanam followed by Panchanga Sravanam will be observed on the auspicious occasion of Telugu Ugadi on April 13.

He said TTD will also organise Ugadi festivities at Mahati auditorium and also at SV Vedic University premises on that day. Briefing on other important programmes in Tirumala in April, he said annual Vasantothsavam at Srivari temple will be observed from April 24-26 besides observing Sri Tallapaka Annamacharya Vardhanti on April 8, Sri Rama Navami Asthanam at Srivari temple on April 21, Sri Rama Pattabhisheka Asthanam at Srivari temple on April 22. In the wake of Covid-19 surge once again, TTD has slashed Sarva Darshan time slot tokens from 22,000 to 15,000 in the best health safety of devotees and appealed to devotees to wear facemasks, sanitise hands and observe social distancing without fail to prevent the spread of Covid.

As part of its mission of Hindu Dharma Prachara, TTD has decided to organise Chaitra masa dharmic programmes in a big way on the lines of its religious programmes held during Karthika, Dhanur, Magha and Phalguna months.