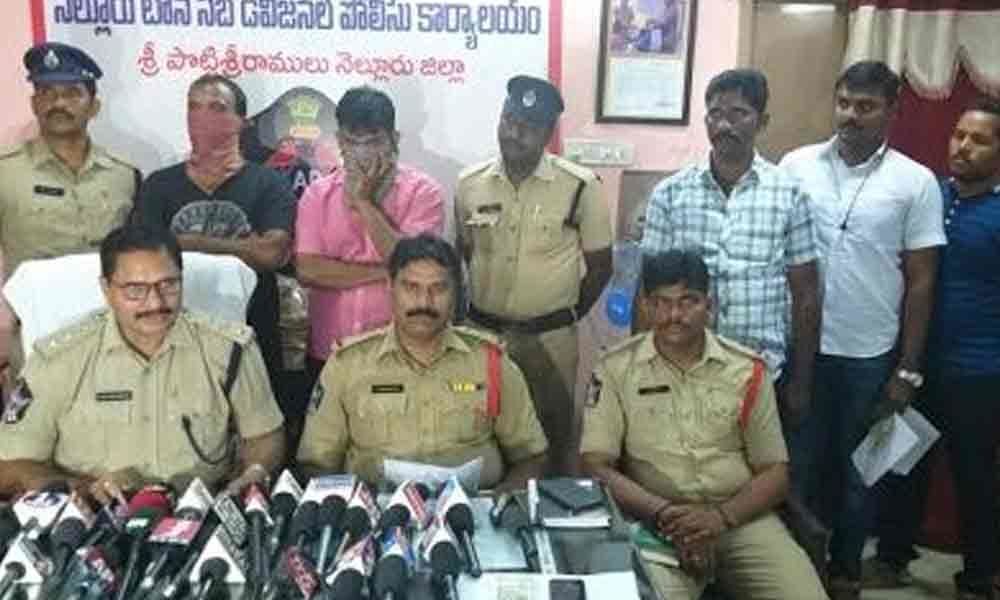 Nawabpeta police held two offenders on Monday, who were involved in cricket betting and seized cash of Rs 35,000 and two mobiles from them.

Nellore: Nawabpeta police held two offenders on Monday, who were involved in cricket betting and seized cash of Rs 35,000 and two mobiles from them. The accused were identified as U Venkata Ramesh, and Shaik Khadar Nawaz from Nellore city. Addressing the media here on Tuesday, City DSP NBM Murali Krishna said that Venkata Ramesh and Shaik Khadar Nawaz were habitual betting organisers and have actively involved in the activity during the IPL matches.

The DSP informed that the accused used to collect betting amount from the people and cheat them and cases were booked earlier against them for organising cricket betting and were sentenced imprisonment too. But, there was no change in their behaviour and started the same activity after releasing from the jail.

Nawabpeta police taken the duo into custody on Monday at a private function hall in Pappula Street in the city while organising the betting activity. The DSP said that normal practice has been that people, who bet amount on cricket matches pay online. But, regular bettors in city are doing the activity paying hard cash.

The accused used to attract the people, who are interested in cricket and crave for easy money and started cheating them, DSP informed. Nawabpet CI K Srinivasa Rao and Sub-Inspector K Veera Prathap were also present.