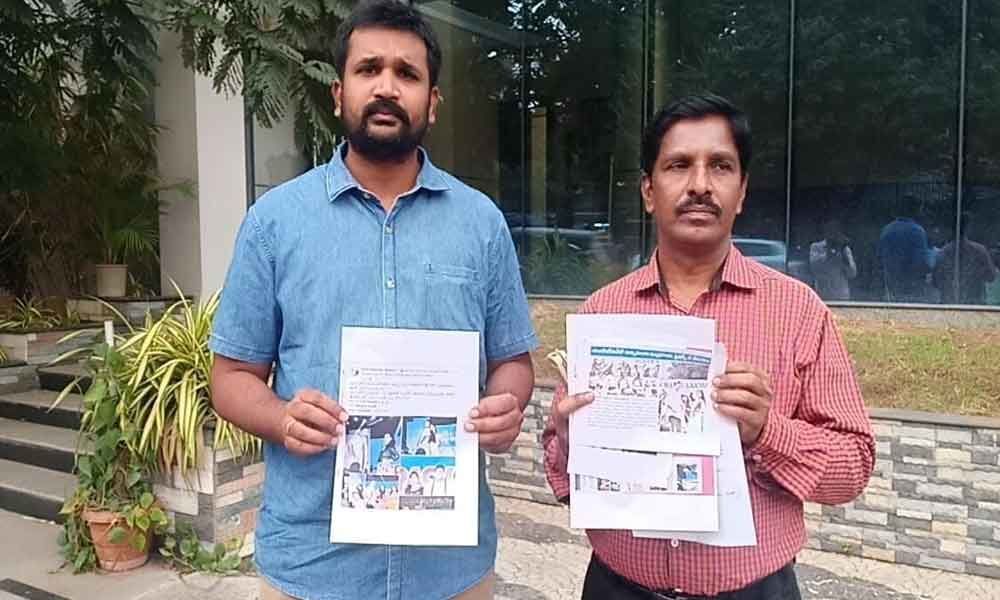 A case was filed against Malkajgiri Lok Sabha Congress candidate A Revanth Reddy’s followers at the Central Crime Station, DD in Hyderabad on Wednesday.

Hyderabad: A case was filed against Malkajgiri Lok Sabha Congress candidate A Revanth Reddy's followers at the Central Crime Station, DD in Hyderabad on Wednesday. The complainant alleged that the miscreants posted his daughter's photo in an indecent manner on social media along with TRS MP candidate M Rajashekar Reddy.

The complainant S Venugopal Reddy, resident of Khairatabad alleged that the followers of Revanth Reddy posted objectionable matter about his daughter Manaswini Reddy on social media and attempted to malign the image of his daughter and family.

His daughter Manaswini Reddy was a student of MLRIT and passed out in 2017 and is presently working in Bengaluru. After the posts went viral on social media, her photos with college Chairman M Rajashekar Reddy, who is the current candidate of TRS from Malkajgiri Parliament seat, the pink party leadership called him and expressed shock over the incident.

The complainant said that the photos were taken during college celebrations amidst thousands of students, faculty and parents. But now the photos are being used indecently to malign his daughter's image. He appealed to the CCS, DD DCP Avinash Mohanty to register a case against the miscreants and take stringent action against them.