2 suspects in custody as 1 killed, 7 injured in Colorado school shooting 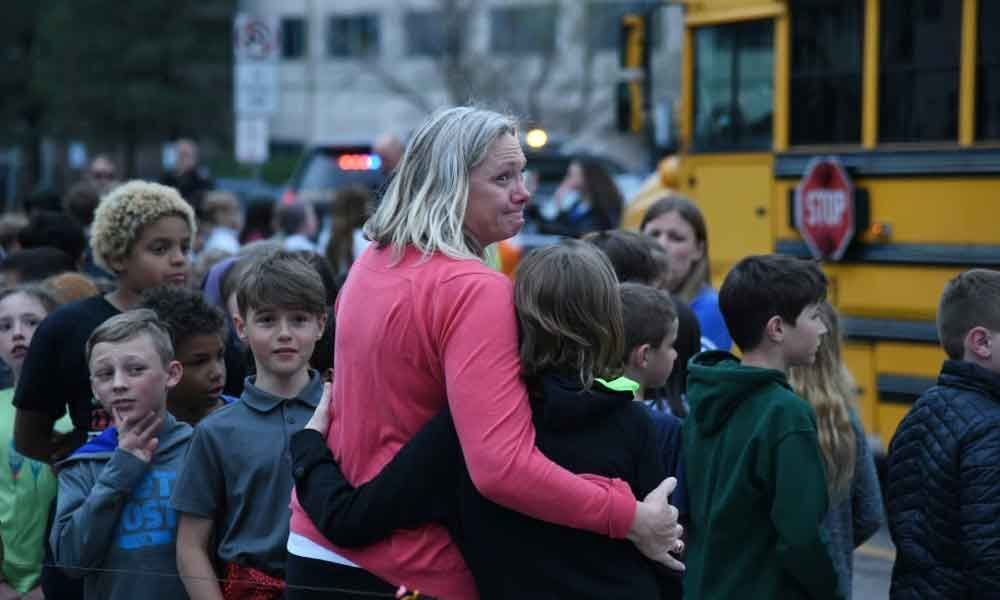 An 18-year-old was killed after two suspects opened fire at a high school in suburban Denver on Tuesday, authorities said.

Denver: Two male students armed with handguns burst into a Denver-area science and technology school and opened fire on Tuesday, killing one classmate and wounding seven others before being taken into custody, law enforcement officials said.

Several of the surviving victims of the attack at the Science, Technology, Engineering and Math (STEM) School in Highlands Ranch, a Denver suburb, were initially listed in critical condition at local hospitals and in surgery, Douglas County Sheriff Tony Spurlock said at a briefing.

An 18-year-old male was pronounced dead at the scene, Spurlock said a short time later.

"Two individuals walked into the STEM school, got deep inside the school, and engaged students in two separate locations," Spurlock said.

He told Reuters in a brief interview that the suspects, each armed with a handgun, opened fire in two separate classrooms. They were identified only as two male students of the school, one an adult and the other under age 18. The school serves students from kindergarten through 12th grade.

Television images showed police vehicles gathered outside a suburban house about 2 miles from the school,where one of the suspect was believed to live.

Sheriff's deputies arrived at the school, located about 25 miles (40 km) south of Denver, within two minutes of the first reports, Spurlock said, and "engaged the suspects."

Law enforcement officials declined to comment on a possible motive for the rampage, saying it was too early in the course of the investigation, which was being assisted by the Federal Bureau of Investigation.

The White House said President Donald Trump had been briefed on the shooting.

The shooting occurred less than a month after the 20th anniversary of the Columbine High School massacre in nearby Littleton, about five miles (8 km) from the Highlands Ranch school. In 1999, two Columbine students killed 13 people there before committing suicide in what remains one of the deadliest school shootings in U.S. history.

A man who identified himself as Fernando Montoya said his 17-year-old son, a junior at STEM, was shot three times, and that one of his friends was also wounded.

"He said a guy pulled a pistol out of a guitar case and started to shoot," Montoya told ABC affiliate Denver 7.

As the incident unfolded, medical helicopters landed and took off outside the school, while snipers took up position on nearby roofs. SWAT team officers with rifles secured the area as ambulances and police officers arrived.

Stunned kindergartners and weeping high school students could be seen walking down the steps of a building designated as a "reunification center." Most were holding their parents' hands

"We are making all of our public safety resources available to assist the Douglas County Sheriff's Department in their effort to secure the site and evacuate the students," Polis wrote on Twitter.

The White House offered a message of condolence. "Our prayers are with the victims, family members, and all those affected by today's shooting," White House spokesman Judd Deere said. "The White House has been in communication with state and local officials, and the President has been briefed and continues to monitor the ongoing situation."

Some of the worst mass shootings in the United States have occurred in Colorado. In addition to Columbine, a man opened fire at a movie theater in Aurora, another Denver suburb, in 2012, killing 12 people and injuring scores more.

Tuesday's bloodshed in Colorado came one week to the day after a gunman opened fire on the Charlotte campus of the University of North Carolina, killing two people and wounding four others. A 22-year-old former student of the university has been charged with murder and attempted murder in the case.