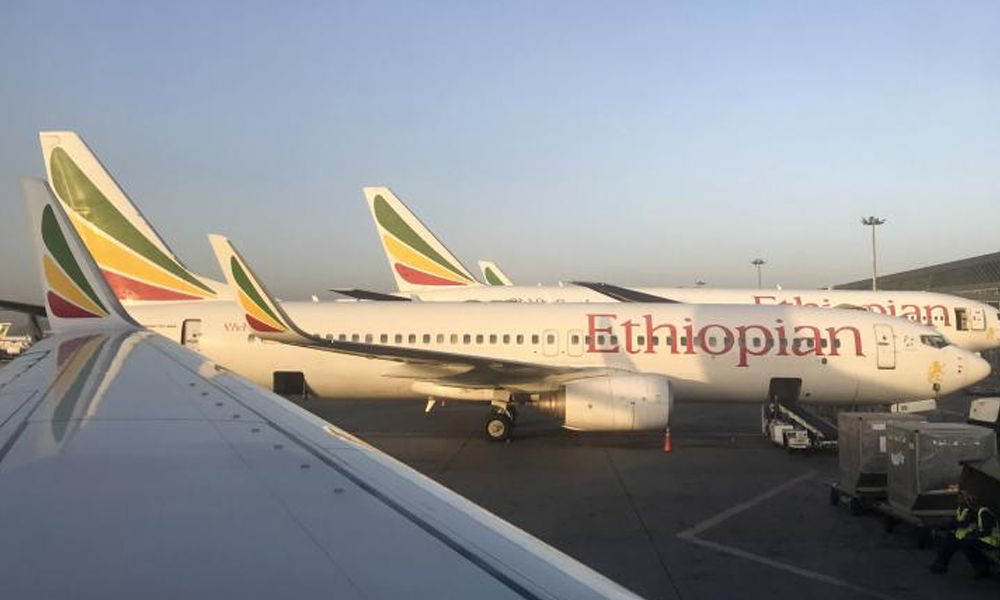 SEATTLE: Boeing Co confirmed suspension of deliveries of 737 MAX aircraft on Thursday but continues to produce its single-aisle jets at full speed whil...

SEATTLE: Boeing Co confirmed suspension of deliveries of 737 MAX aircraft on Thursday but continues to produce its single-aisle jets at full speed while dealing with the worldwide 737 MAX fleet's grounding following a deadly Ethiopian Airlines crash.

Reuters reported on Wednesday that deliveries were effectively halted as most airlines would avoid taking a jet banned from entering service in the wake of two crashes in five months.

Most countries have stopped the 737 MAX 8 and 9 planes from flying after an Ethiopian Airlines crash on Sunday that killed all 157 people on board. In October, a Lion Air 737 jet that crashed in Indonesia, killing all 189 people on board, was the same type of relatively new Boeing model.

Boeing said it had paused deliveries of its fastest-selling 737 MAX jetliner built at its factory near Seattle because of the temporary grounding order by the U.S. Federal Aviation Administration (FAA), confirming a Reuters report from Wednesday.

"We continue to build 737 MAX airplanes while assessing how the situation, including potential capacity constraints, will impact our production system," Boeing spokesman Chaz Bickers said.

Boeing would maintain its production rate of 52 aircraft per month, and its newest version, the MAX, represents the lion's share of production, although Boeing declined to break out exact numbers. Reuters has reported Boeing's goal of speeding up production again in June.

Manufacturers avoid halting and then speeding up production as this disrupts supply chains and can cause industrial snags. But having to hold planes in storage consumes extra cash in increased inventory.

Customers typically pay over the bulk of the money for a new jetliner on delivery.

A pause in deliveries while keeping production rates unchanged at its Renton, Washington factory raises the prospect of a new logistical headache: what to do when airplanes start cluttering up the tarmac outside the factory?

The FAA order allows for special flight permits for testing and other scenarios, so Boeing could use this provision to fly its planes off-site.

The 737 MAX 8 and 9 planes will be grounded for weeks if not longer until a software upgrade can be tested and installed, U.S. lawmakers said on Thursday as officials in France prepare to begin analysing the black boxes from the crashed jet.

Each month of the grounding could cost Boeing around 1.8 billion dollars to 2.5 billion dollars in delayed revenue, according to analyst estimates, although that could be recouped once the ban is lifted and the planes are delivered.

Boeing has already been working through supplier delays on engines from CFM International, a joint venture between General Electric Co and France's Safran SA, and fuselages from Spirit AeroSystems Holdings Inc that led to dozens of planes being parked outside the Renton factory last summer.

This week, at least three freshly built 737s were parked at or near the factory with yellow weights hanging in the place of engines, signs of lingering issues, according to a person with direct knowledge of the matter. "We are still a few weeks behind the requirement, but have a line of sight to be back on track in the second quarter of this year," CFM spokeswoman Jamie Jewell said.