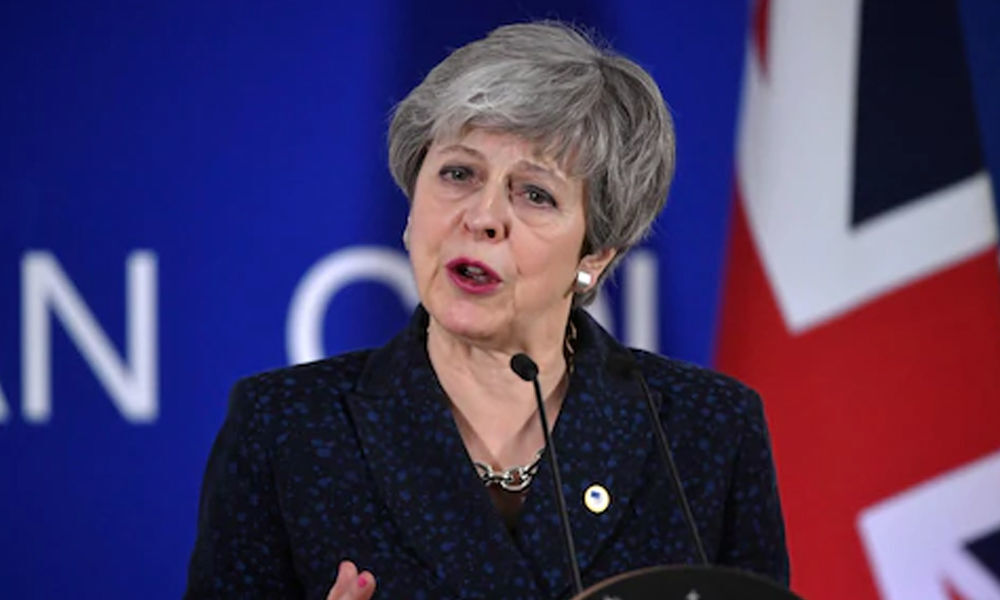 European leaders and British Prime Minister Theresa May agreed Thursday on a short delay to Britain's divorce from the European Union in the hope of ensuring an orderly Brexit.

Brussels: European leaders and British Prime Minister Theresa May agreed Thursday on a short delay to Britain's divorce from the European Union in the hope of ensuring an orderly Brexit.

Britain had faced a sharp cliff-edge deadline of March 29 to leave, but May's EU colleagues said the split could wait until May 22 if British lawmakers approve a withdrawal accord next week.

But if the House of Commons rejects the deal -- as it has done twice before -- Brexit will take place on April 12, unless Britain has decided by then to take part in this year's European Parliamentary elections.

"April 12 is the key date in terms of the UK deciding whether to hold European parliament elections," EU Council president and summit host Donald Tusk said, announcing the arrangement.

Britain would need time to legislate to take part in the May 23 to 26 election, and May has insisted it will not try, preferring in her words "to honour" voters' decision to end London's 46-year-old membership.

"I believe strongly that it would be wrong to ask people in the UK to participate in these elections three years after voting to leave the European Union," May said, confirming the agreement. Tusk said that if the vote is not organised then a further "extension will automatically become impossible" and that even with an election, all 27 remaining EU member states would unanimously have to approve it. "March 29 is over. As of tonight, April 12 is the new March 29," an EU official said.

"On April 12 we have to know where things stand ... if we don't have a response by then we will have a no deal Brexit," Luxembourg's Prime Minister Xavier Bettel warned.

French President Emmanuel Macron, who had taken a harder public line than some of his colleagues declared: "The responsibility now lies with the British, and I think that's the big achievement of the day." Despite a extraordinary joint warning from Britain's business and trade union leaders that the economic disruptions of a no deal Brexit would present a "national emergency", May had refused to rule out walking away.

Even as she was meeting the EU 27 in Brussels for the European Council summit, an online petition hosted by the UK parliament and calling for Brexit to be abandoned topped two million signatures. It still remains far from clear that May will be able to get the withdrawal agreement she signed last November past the House of Commons, and she turned up the heat on her own MPs after the Brexit talks.

"What the decision today underlines is the importance of the House of Commons passing a Brexit deal next week," she insisted.

"Tomorrow morning I am returning to the UK and working hard on building support to get the deal through... I hope we can all agree we are now at the moment of decision." May had requested a short delay until June 30 to allow time for the ratification of her deal if it approved, but European leaders decided they did not want Brexit concerns to linger into the election campaign.