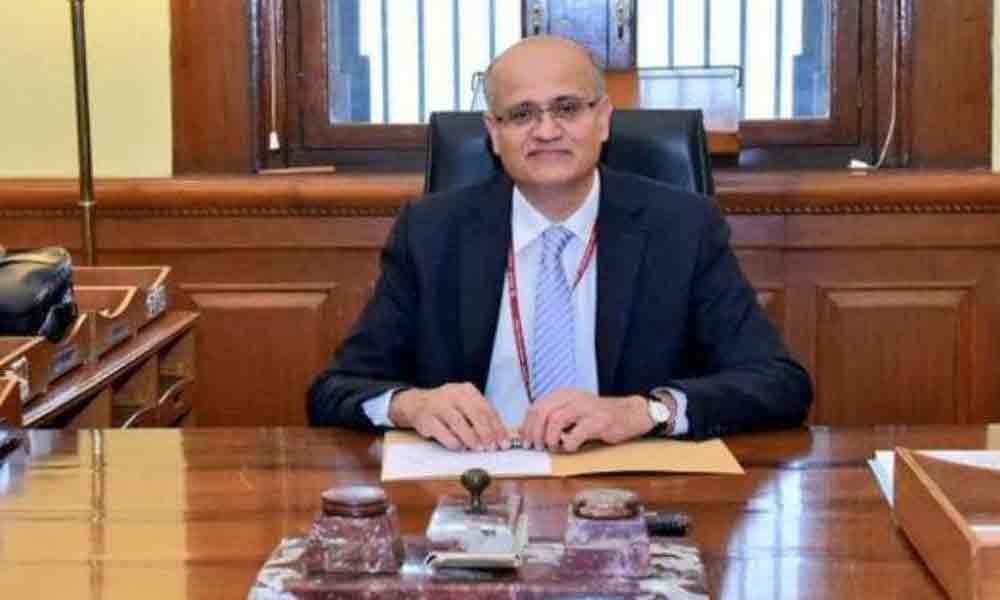 US, UK and France have moved a proposal under the 1267 Al Qaeda Sanctions Committee of the UN Security Council (UNSC) to designate Azhar as a 'global terrorist'.

BEIJING: Foreign Secretary Vijay Gokhale starts his two-day visit to China on Sunday during which he will hold talks with Chinese Foreign Minister Wang Yi as both countries grapple with a host of issues, including Beijing's continuous attempts to block efforts to list Jaish-e-Mohammed's chief Masood Azhar as a "global terrorist".

Gokhale will be visiting China for regular consultations, the Indian Embassy here said on Saturday. He is due to meet China's State Councillor and Foreign Minister Wang Yi on April 22. His schedule here is being worked out, it said.

The visit of Gokhale, previously India's Ambassador to China before he took over as Foreign Secretary last year, is taking place amid close engagement between India and China following the February 14 Pulawama terror attack carried out by a Jaish-e-Mohammed (JeM) terrorist in which 40 CRPF personnel were killed.

Following the suicide attack, the US, the UK and France moved a proposal under the 1267 Al Qaeda Sanctions Committee of the UN Security Council (UNSC) to designate Azhar as a "global terrorist". China stalled it for the fourth time by putting a technical hold on the resolution, a move India termed as disappointing. China, while saying that the matter moved towards settlement, firmly opposed the issue to be taken up by the UNSC and instead wanted it to be resolved by the UN's 1267 committee on counter-terrorism.

Beijing also accused the US of attempting to scuttle the resolution of the issue by taking it to the UNSC. China considers Pakistan as an "all-weather friend" and has given Islamabad billions of dollars in aid to support its ailing economy.

Gokhale's visit also coincides with China holding its biggest international event the Belt and Road Forum (BRF) to showcase its trillion-dollar Belt and Road Initiative (BRI) in which the USD 60 billion China-Pakistan Economic Corridor (CPEC) is a flagship project. India has protested to China over the CPEC as it is being laid through Pakistan-occupied Kashmir (PoK).

While India is expected to skip the BRF meeting being held here from April 25-27, informed sources said there was no invitation from China to the leadership of India or at the Ministerial level to attend the event.

Asked whether India would attend the event Indian Ambassador to China Vikram Misri told state-run Global Times last month "above all, connectivity initiatives must be pursued in a manner that respects the sovereignty, equality and territorial integrity of nations. No country can participate in an initiative that ignores its core concerns on sovereignty and territorial integrity".

Wang told the media here on Friday that 37 heads of state government and representatives from 150 countries and international organisations had confirmed their participation for the event. Wang also said the differences over the BRI would not come in the way of the development of India-China relations and Beijing is preparing for a Wuhan-style summit meeting this year.

Asked if India's opposition to the BRI would undermine the new momentum generated by last year's informal summit between Prime Minister Narendra Modi and Chinese President Xi Jinping, Wang said the two leaders had a very successful meeting at Wuhan last year. "Particularly they have established mutual trust between the leadership and they jointly planned for the future of improvement and strengthening of China-India relations. After the Wuhan summit, we see all areas or progress between the two countries and we have a bright prospect for this relationship. We are now preparing for the next summit of our leaders," he said without specifying any timeline.

He also urged India to reconsider its stand on the BRI economic project, saying it had nothing to do with sovereignty issues. "One of our differences is how to look at the BRI. The Indian side has their concerns. We understand that and that is why we have stated clearly on many occasions that the BRI including the CPEC is only an economic initiative and it does not target any third country and has nothing to do with the sovereign and territorial disputes left from history between any two countries," he said.