Iran rubbishes talk of conflict; make it clear they do not want war 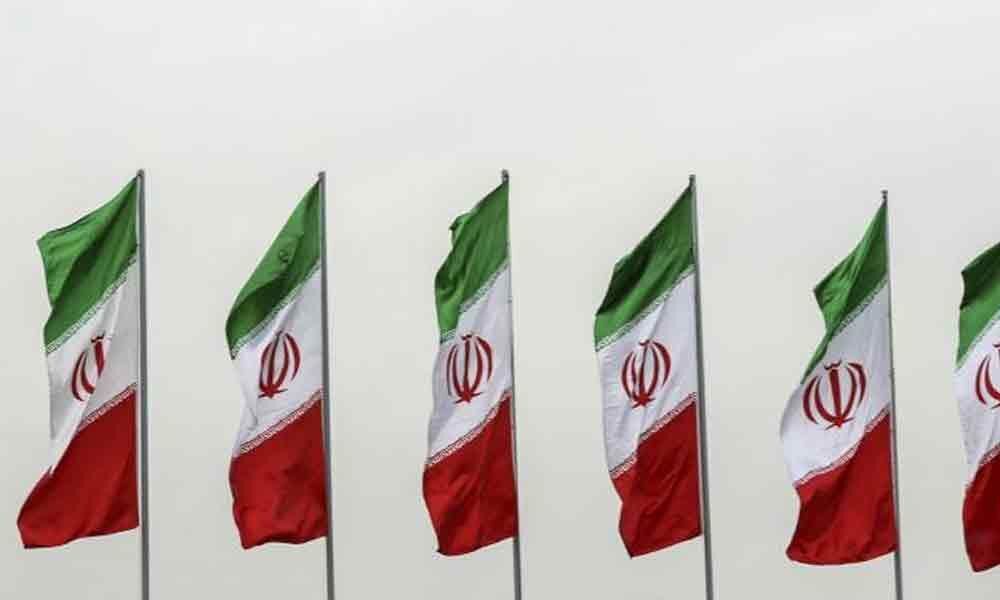 Tensions between Washington and Tehran have increased in recent days, raising concerns about a potential US-Iran conflict.

Dubai: Iran's top diplomat dismissed the possibility of war erupting in the region at a time of escalating confrontation with the United States, saying Tehran did not want conflict and no country had the "illusion it can confront Iran".

Tensions between Washington and Tehran have increased in recent days, raising concerns about a potential US-Iran conflict. Earlier this week the United States pulled some diplomatic staff from its embassy in neighbouring Iraq following attacks on oil tankers in the Gulf.

"There will be no war because neither do we want a war, nor has anyone the idea or illusion it can confront Iran in the region," Foreign Minister Mohammad Javad Zarif told Iran's IRNA state news agency before ending a visit to Beijing.

President Donald Trump has tightened economic sanctions against Iran, and his administration says it has built up the US military presence in the region. It accuses Iran of threats to US troops and interests. Tehran has described US moves as "psychological warfare" and a "political game".

"The fact is that Trump has officially said and reiterated again that he does not want a war, but people around him are pushing for war on the pretext that they want to make America stronger against Iran," Zarif said.

He told Reuters last month that Trump could be lured into a conflict by the likes of US national security adviser John Bolton, an ardent Iran hawk.

In Tehran, Major General Hossein Salami, the commander of the Revolutionary Guards, said on Saturday that Iran had nothing to fear from the United States, which he said was in decline, the semi-official news agency ISNA reported.

"The US political system is full of cracks. Though impressive-looking, it has osteoporosis. In fact, America's story is like the World Trade Center towers that collapse with a sudden blow," Salami, known for his fiery rhetoric, was quoted as saying. He was referring to the Sept. 11, 2001 attacks.

Trump has said publicly he wants to pursue a diplomatic route with Iran after ratcheting pressure on Tehran.

President Hassan Rouhani said on Saturday Iran would not be bullied into negotiating, IRNA reported.

"The (US) claim that it is forcing us to the negotiating table is worthless... We are for logic, negotiation and dialogue ...but we will never surrender to anyone who intends to bully us," Rouhani was quoted as saying.

A year ago Trump pulled the United States out of a 2015 pact that limited Iran's nuclear programme in return for the lifting of international sanctions. Iran has continued to abide by the terms of the pact, although Rouhani said this month it would scale back some curbs on nuclear activity.

In a sign of the heightened tension across the region, Exxon Mobil evacuated foreign staff from an oilfield in neighbouring Iraq after days of sabre rattling between Washington and Tehran.

Elsewhere in the Gulf, Bahrain warned its citizens against travelling to Iraq or Iran due to "unstable conditions".

In Washington, officials urged US commercial airliners flying over the waters of the Gulf and the Gulf of Oman to exercise caution.

A Norwegian insurers' report seen by Reuters said Iran's elite Revolutionary Guards were "highly likely" to have facilitated the attacks last Sunday on four tankers including two Saudi ships off Fujairah in the United Arab Emirates.

Iranian officials have denied involvement in the tanker attacks, saying Tehran's enemies carried them out to lay the groundwork for war against Iran.

US officials are concerned that Tehran may have passed naval combat expertise onto proxy forces in the region.

Following the re-imposition of US sanctions, a senior Iranian maritime official said Iran had adopted new tactics and new destinations in shipping its oil exports.

Iranian crude oil exports have fallen in May to 500,000 barrels per day or lower, according to tanker data and industry sources, after the United States tightened the screws on Iran's main source of income.