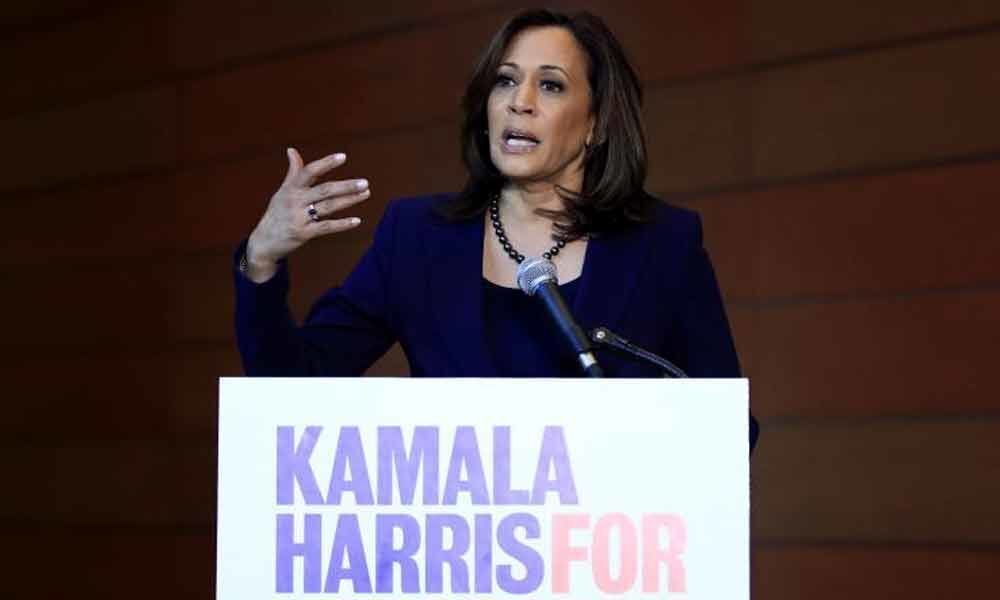 The move follows laws that recently passed in Georgia, Alabama and other states to drastically restrict abortions.

The Democratic presidential candidate and California senator says that if she won the White House, she would back legislation requiring states with a history of restricting abortion rights to receive clearance from the Justice Department to change abortion laws.

The move follows laws that recently passed in Georgia, Alabama and other states to drastically restrict abortions.

The pre-clearance requirement would face steep hurdles. The Supreme Court struck down a similar provision of the Voting Rights Act in 2013, effectively freeing states to change election laws without seeking federal approval.

The Harris campaign argues that decision doesn't ban pre-clearance measures, leaving it up to Congress to decide how to impose such requirements.