Kim assassination suspect to be freed as murder charge dropped 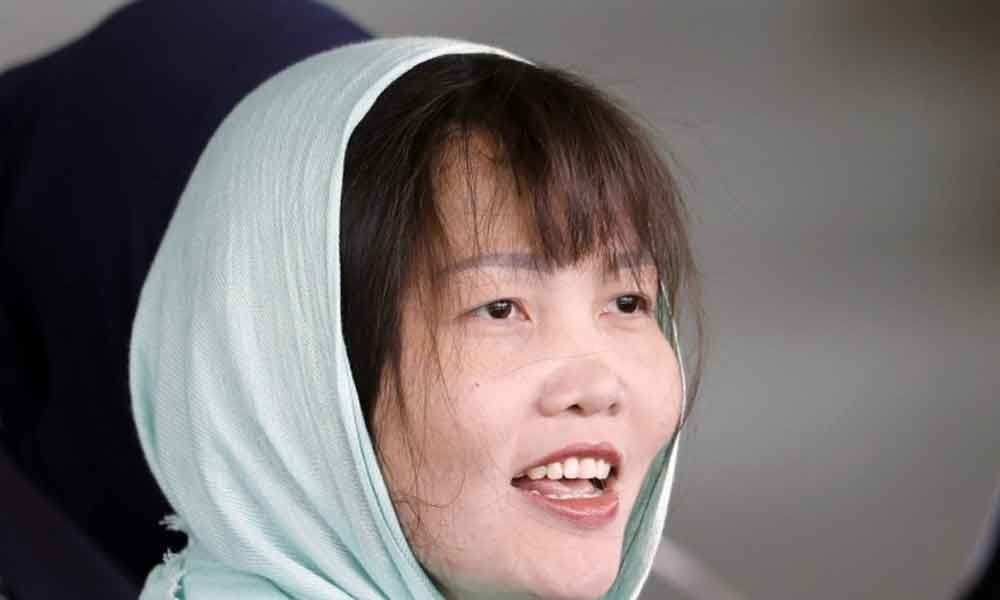 Doan Thi Huong welcomed the "fair sentence" after the judge handed down the verdict in a Malaysian court, where she has been on trial for the murder of Kim Jong Nam with a nerve agent.

SHAH ALAM: A Vietnamese woman accused of assassinating the North Korean leader's half-brother is to walk free after Malaysia dropped murder charges against her Monday, weeks after her Indonesian co-accused was also released.

The 2017 killing of Kim Jong Nam with a toxic nerve agent at Kuala Lumpur's international airport shocked the world, but Doan Thi Huong's guilty plea to the lesser charge of "causing injury" makes her the only person convicted in the case.

Malaysia allowed the two women's suspected North Korean handlers to leave in the days after the murder, amid a furious diplomatic row as Seoul accused Pyongyang of plotting the Cold War-style hit.

The pair, who claimed they were tricked into carrying out the killing, were put on trial facing a murder charge.

She pleaded guilty to "causing injury" and was handed a three year and four month jail term, with her lawyers saying she would be freed next month due to sentence reductions. The women would have been sentenced to death by hanging if convicted of murder.

While there was relief for Huong, the outcome means her conviction is the only one over the sensational assassination of Kim Jong Un's estranged relative, who was seen as heir apparent to the North Korean leadership until he fell out of favour.

Huong, a 30-year-old former hair salon worker who had been living a precarious existence among Malaysia's army of migrant workers before her arrest, said she was "happy" after the verdict was handed down.

"This is a fair sentence," she told reporters at the High Court in Shah Alam, outside Kuala Lumpur. "This is a fair judgement, I thank the Malaysian government and the Vietnamese government."

Her father Doan Van Thanh, who was at court, said he planned to "host a big party to welcome my youngest daughter back home".

Huong had already failed at one attempt to secure an early release.

Days after Aisyah's charge was dropped, prosecutors announced that the attorney-general had rejected a request to withdraw Huong's murder charge, prompting her to break down in floods of tears in court.

Hanoi had stepped up diplomatic pressure on Malaysia after Huong's first failed release bid, following the example of the Indonesian government which had mounted a sustained diplomatic offensive to secure the release of 27-year-old Aisyah.

Aisyah was freed immediately after her murder charge was dropped and she flew back to Indonesia to a jubilant welcome.

The decision not to release Huong straight away sparked criticism in Vietnam and Malaysia of her unfair treatment and accusations of political meddling in the justice system.

During the women's long-running trial which began in October 2017, the court was shown CCTV footage of them approaching Kim as he waited for flight, one of them placing their hands on his face, and then both of them running to bathrooms before fleeing the airport.

But the pair always maintained they were innocent pawns in a plan hatched by North Korea and believed they were carrying out pranks for a reality TV show.

In the run-up to the killing, the North Koreans who befriended the women got them to practise smearing harmless substances on people's faces in public locations in exchange for money.

The women's lawyers said the real masterminds were four North Koreans who were seen at the airport on the day of the murder meeting the pair, and fled after the assassination. The four were charged in absentia along with the women over the killing.

The assassination also sparked a furious row between North Korea and Malaysia, previously one of nuclear-armed Pyongyang's few allies, and prompted both countries to expel each other's ambassadors.