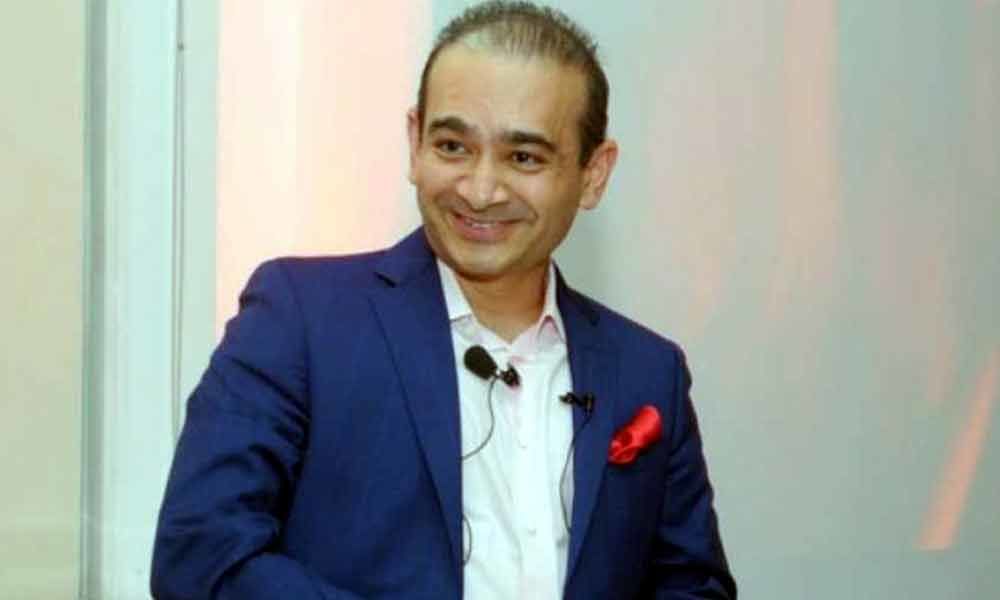 London: Fugitive diamond merchant Nirav Modi, wanted in India in connection with the nearly USD 2 billion Punjab National Bank (PNB) fraud and money laundering case, was on Thursday further remanded to judicial custody until August 22, when he will appear once again via videolink from his London prison cell. Chief Magistrate Emma Arbuthnot presided over the routine four-week remand appearance via video link at Westminster Magistrates' Court during which she indicated that a five-day extradition trial will take place on May 2020 after dates are mutually agreed between all sides.

"You would like it to be sooner rather than later, I presume. We will have a date for you by August 22, so you know what you are working towards," Judge Arbuthnot told 48-year-old Modi, who was dressed in a grey T-shirt and appeared quite cheerful. He has been lodged at Wandsworth prison in south-west London since his arrest in March in connection with the nearly USD 2 billion Punjab National Bank (PNB) fraud and money laundering case. In light of the UK's current heatwave, the judge said, in a good-humoured way, that she hoped it wasn't too hot for him in Wandsworth. "Fine, thank you, mam," responded Modi, amid laughter.

Modi was represented in court by barrister Jessica Jones, who ran through some of the "directions" agreed between the diamond merchant's defence team and the Crown Prosecution Service (CPS) - arguing on behalf of the Indian government. As per the timelines discussed during the brief hearing, the judge said she expected to receive all the evidence and skeleton argument bundles in the case by April 8, with a five-day hearing then expected to be slotted in May next year. There are likely to be a number of case management hearings ahead of that but meanwhile, a planned case management hearing for next Monday was vacated as not required.

"The Indian government have made arrangements to attend Monday's hearing so we would like it to go ahead," said CPS barrister Hannah Burton, but the judge overruled that saying it would not be necessary for light of the pre-agreed directions and the court has a "lot going on". Under UK law, Modi is expected to be produced before the court every four weeks, which now falls on August 22. Modi has had his bail rejected multiple times, the fourth time being by the UK High Court last month. In her judgment handed down at the Royal Courts of Justice in London, Justice Ingrid Simler had concluded there were "substantial grounds" to believe that Modi would fail to surrender as he does possess the means to "abscond".

Reiterating similar concerns as those previously raised by Westminster Magistrates' Court during earlier bail attempts, Judge Simler ruled that after considering all the material "carefully", she had found strong evidence to suggest there had been interference with witnesses and destruction of evidence in the case and concluded it can still occur. "The applicant has access to considerable financial resources, supported by an increased [bail bond security] offer of 2 million pounds," the judge noted.

The High Court judge stressed that while it was not for her to take a "definitive view" on the evidence, she had proceeded on the basis that the government of India has acted in good faith in what is "undoubtedly" a serious case and a "sophisticated international conspiracy" to defraud, together with money laundering. Modi was arrested by uniformed Scotland Yard officers on an extradition warrant on March 19 and has been in prison since. During subsequent hearings, Westminster Magistrates' Court was told that Modi was the "principal beneficiary" of the fraudulent issuance of letters of undertaking (LoUs) as part of a conspiracy to defraud PNB and then laundering the proceeds of crime.