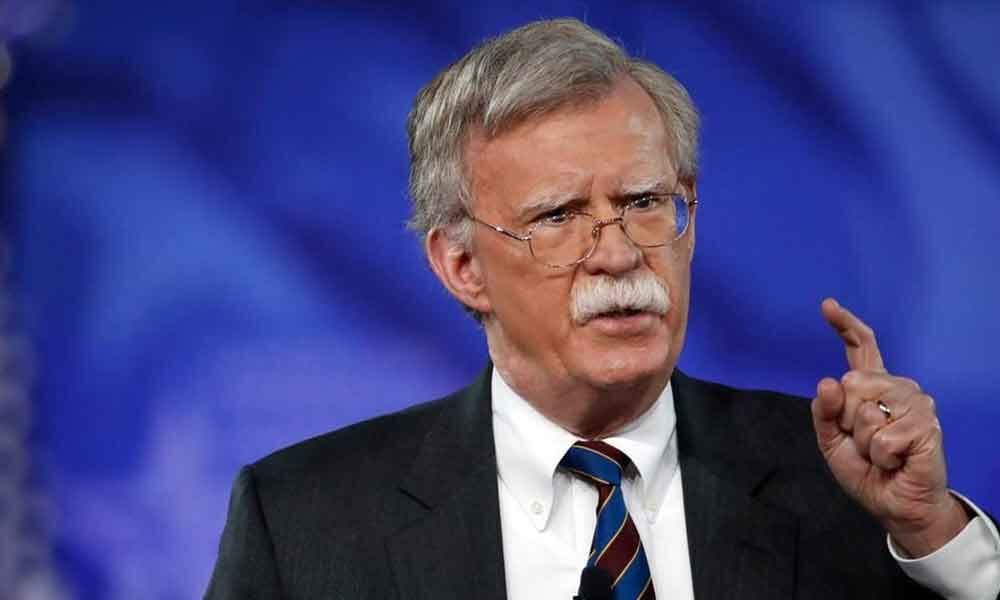 Talks between Washington and Pyongyang have been locked since the collapse of a summit between Trump and North Korean leader Kim Jong Un.

Seoul: North Korea slammed US National Security Advisor John Bolton on Monday, calling him a "war maniac" who should be banished, just as President Donald Trump offered a positive outlook on relations with Pyongyang.

Talks between Washington and Pyongyang have been deadlocked since the collapse of a summit between Trump and North Korean leader Kim Jong Un in Hanoi in February when they failed to agree a deal on denuclearisation.

The North has since sought to raise the pressure and carried out two short-range missile tests earlier this month.

Bolton said Saturday there was "no doubt" they violated UN Security Council resolutions against ballistic missile launches, but insisted Washington was still ready to resume talks.

A spokesman for the North's foreign ministry dismissed Bolton's remarks, saying Pyongyang had never accepted the UN bans on ballistic technology, which denied its "rights as a sovereign nation".

"Bolton said our regular military drills violated UNSC resolutions, which is beyond stupid," he said in a statement carried by the official Korean Central News Agency (KCNA).

Without referring to the weapons as missiles, the statement said the launches did not target or threaten any neighbouring countries.

"Banning launches using ballistic technology is equal to telling us to give up our right to self defence," he added.

The spokesman went on to denounce Bolton, calling him a "war maniac" who developed various "provocative policies" against the North after designating it part of the Axis of Evil along with Iran and Iraq in 2002.

He accused the hawkish official as starting the Iraq war and leading efforts to scrap the Intermediate-range Nuclear Forces Treaty between the US and Russia, "which served to guarantee peace in Europe for several decades".

"Recently, he is living up to his notoriety as a war maniac by keeping busy with efforts to start another war in the Middle East and South America," the spokesman added.

"It is no coincidence that there are criticisms of Bolton as a war maniac whispering war into the ears of the president although he avoided military service saying he did not want to die in a Southeast Asian rice paddy," he added.

Calling Bolton "structurally faulty", he added that the US official was working to "destroy peace and security".

"Such human defect must go away as soon as possible," the spokesman said.

The statement came just minutes after Trump -- on a visit to Japan -- said there was "great respect" between the United States and North Korea and predicted "lots of good things".

US President Donald Trump on Monday praises North Korean leader Kim Jong Un as a "very smart" man who is aware that he has to give up nuclear weapons to develop his country.

Trump expressed confidence in his relationship with Kim at the weekend and downplayed Pyongyang's recent missile launches, calling them "small weapons" that "disturbed some of my people, and others, but not me".

Last week, KCNA launched a diatribe against Democratic former US vice president Joe Biden, calling him an "imbecile" and a "fool of low IQ", prompting White House spokeswoman Sarah Sanders to say that Trump agreed with the assessment.