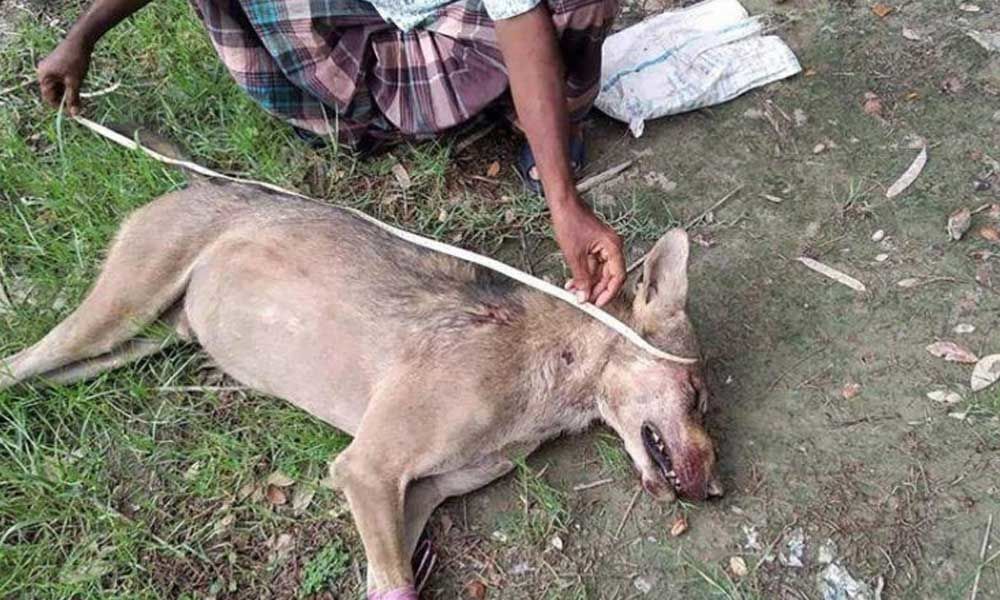 The grey wolf was last seen in Bangladesh in 1949, according to the International Union for Conservation of Nature.

DHAKA: The first Indian grey wolf to be seen in Bangladesh in eight decades has been beaten to death by farmers after preying on their livestock, wildlife experts said Sunday.

The grey wolf was last seen in Bangladesh in 1949, according to the International Union for Conservation of Nature.

Locals in a town near the Sundarbans, the world's biggest mangrove forest that straddles India and Bangladesh, captured and killed the wolf because it had attacked their livestock.

"With the images we confirmed that the animal is an Indian grey wolf," Y.V Jhala of the Wildlife Institute of India told AFP.

There are still about 3,000 of the animals in India, some in captivity, but they disappeared from their habitat in north and northwest Bangladesh in the 1940s, he said.

Anwarul Islam, a zoologist at Dhaka University, collected DNA samples from the animal as his team looks for signs of more Indian grey wolves in the region.

"It's sad it was beaten to death. We need to conduct further investigations to find whether it travelled in a pack," said Islam.

The wolf was killed in early June but was only identified when photos of its corpse were sent to experts.

A host of animals, including the striped hyena, swamp deer and black buck, have disappeared from Bangladesh over in recent decades.