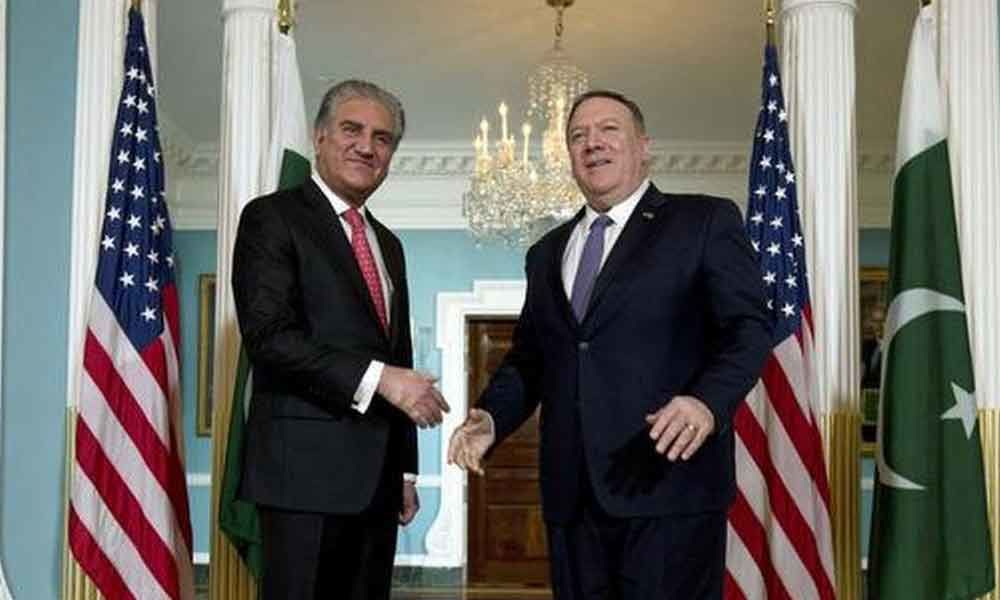 Pakistan Foreign Minister Shah Mahmood Qureshi has stressed on Islamabad's commitment toward 'security and stability' in South Asia as he met US...

Washington : Pakistan Foreign Minister Shah Mahmood Qureshi has stressed on Islamabad's commitment toward "security and stability" in South Asia as he met US Secretary of State Mike Pompeo here and held wide-ranging talks on bilateral issues, the situation in Afghanistan and the Middle East.

Qureshi called on Pompeo on Friday during his two-day visit to the US. He is scheduled to meet US National Security Advisor Robert O'Brien. On Thursday, he met lawmakers at the US Capitol.

"In my meeting today with US Secretary of State @SecPompeo, discussed engagement between Pakistan and US, its mutual benefit, along with it being a factor for stability in South Asia.

Exchanged how stronger trade & investment is imp for an enduring partnership," Qureshi said in a tweet after the meeting. Qureshi also expressed his "deep concerns" over the situation in Kashmir and said that "peace in South Asia is elusive until this is resolved in accordance with UN resolutions & wishes of Kashmiris."

Qureshi, while addressing the Center for Strategic and International Studies (CSIS) think-tank here on Thursday, reiterated Pakistan's demand that US President Donald Trump should mediate to resolve the Kashmir issue.

Ties between India and Pakistan came under severe strain after New Delhi revoked Jammu and Kashmir's special status and bifurcated it into two Union Territories on August 5, evoking strong reactions from Islamabad.

Pakistan has been trying to rally international support against India on the issue. However, India has maintained that the move was "entirely an internal matter".

On the Afghan peace process, the two leaders termed it as a "shared responsibility" and spoke about the importance of US-Pakistan cooperation to bring peace in the region.