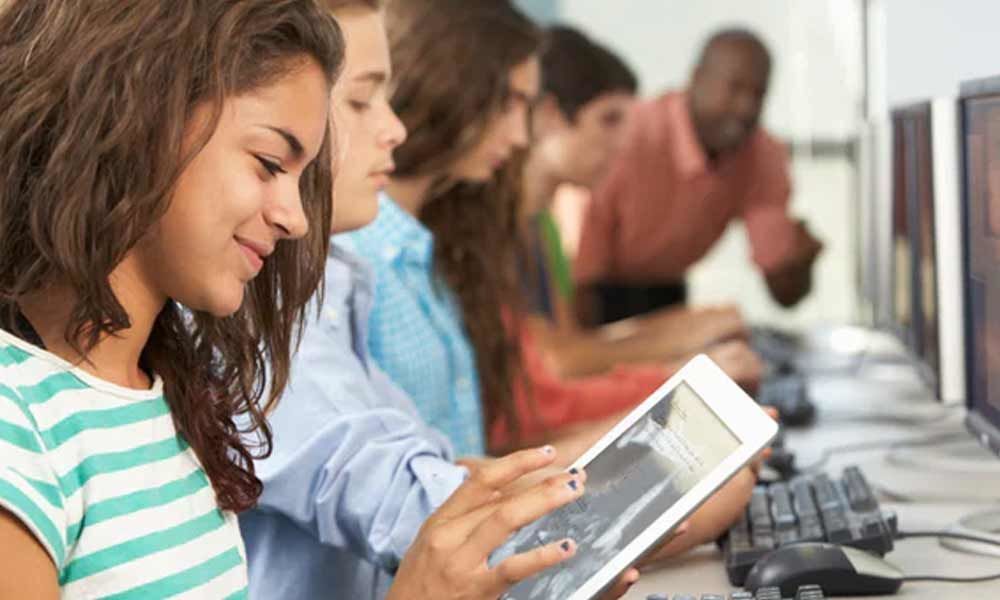 A higher amount of screen time -- which may involve gaming, or watching TV -- before bedtime may not have a direct impact on young people's mental health, contrary to popular belief, scientists say.

London: A higher amount of screen time -- which may involve gaming, or watching TV -- before bedtime may not have a direct impact on young people's mental health, contrary to popular belief, scientists say.

Data from more than 17,000 teenagers show little evidence of a relationship between screen time and well-being in adolescents, according to the study published in the journal Psychological Science. "Implementing best practice statistical and methodological techniques we found little evidence for substantial negative associations between digital-screen engagement and adolescent well-being," said Amy Orben, a researcher at the Oxford Internet Institute (OII) in the UK.

"While psychological science can be a powerful tool for understanding the link between screen use and adolescent well-being, it still routinely fails to supply stakeholders and the public with high-quality, transparent, and objective investigations into growing concerns about digital technologies," Orben said in a statement. Analysing three different datasets, which include improved measurements of screen time, we found little clear-cut evidence that screen time decreases adolescent well-being, even if the use of digital technology occurs directly before bedtime," said Andrew Przybylski, Director of Research at the OII.

The research found that adolescents' total screen time per day had little impact on their mental health, both on weekends and weekdays. It also found that the use of digital screens two hours, one hour, or 30 minutes before bedtime did not have clear associations with decreases in adolescent well-being, even though this is often taken as a fact by media reports and public debates. Unlike other studies, the Oxford research analysed data from Ireland, the US, and the UK to support its conclusions.

The researchers used a rigorous methodology to gather how much time an adolescent spends on screens per day, including both self-reported measures and time-use diaries. This is important as many studies are based solely on self-reported digital technology use, even though recent work found only one third of participants give accurate accounts of how much time they spend online when asked after the fact. The researchers were also able to create a comprehensive picture of teens' well-being, examining measures of psychosocial functioning, depression symptoms, self-esteem, and mood, with data provided by both young people and their caregivers.

Additionally, the final of the three studies conducted was preregistered, meaning that the researchers publicly documented the analyses they would run before they analyzed the data. This prevents hypothesising after the results are known, a challenge for controversial research topics. "Because technologies are embedded in our social and professional lives, research concerning digital-screen use and its effects on adolescent well-being is under increasing scrutiny," said Orben. "To retain influence and trust, robust and transparent research practices will need to become the norm -- not the exception. We hope our approach will set a new baseline for new research on the psychological study of technology," said Przybylski.