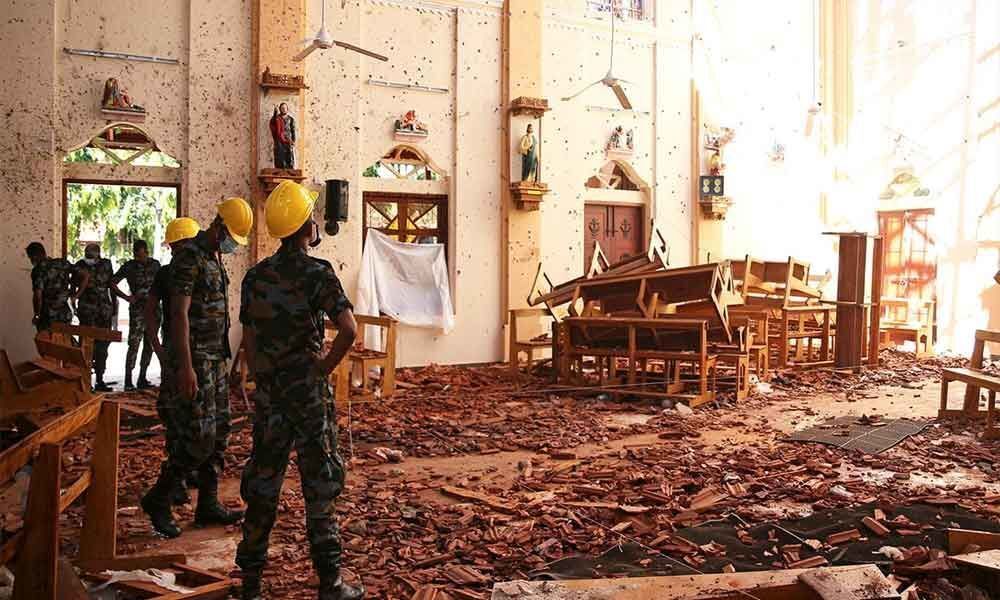 The US Embassy in Sri Lanka has said that the Federal Bureau of Investigation (FBI) was on the ground in the island nation to assist with its probe into the Easter Sunday suicide bombings that has left 359 people dead besides several hundreds injured.

Colombo:The US Embassy in Sri Lanka has said that the Federal Bureau of Investigation (FBI) was on the ground in the island nation to assist with its probe into the Easter Sunday suicide bombings that has left 359 people dead besides several hundreds injured.

US Ambassador to Sri Lanka Alaina Teplitz's statement to CNN's Christiane Amanpour on Tuesday came just hours before Sri Lankan Police put the death toll to 359 - way above the 321 that was quoted a day ago.

So far, 58 suspects have been arrested from different areas of the island, Police Spokesperson Ruwan Gunasekara said. The Islamic State (IS) terror group on Tuesday claimed responsibility for the attacks.

At least 18 more suspects were taken into custody in the early hours of Wednesday as security operations continued, Xinhua news agency quoted Gunasekara as saying.

Four walkie-talkies and a motorcycle were also recovered by the police from a house in Warakapola, around 56 km away from here, he added.

Prime Minister Ranil Wickremesinghe had already warned on Tuesday that several suspects still armed with explosives were at large.

After a top Sri Lankan government official on Tuesday claimed that the bombings at the churches, hotels and other sites were carried out by Islamic fundamentalists in apparent retaliation for the New Zealand mosque massacre in March, Prime Minister Jacinda Ardern on Wednesday said she was unaware of any intelligence suggesting the Sri Lanka terror attacks were in retaliation for the Christchurch mosque shootings.

The Islamic State group on Tuesday claimed responsibility for the Sri Lanka attacks and released images that purported to show the attackers. Wickremesinghe said that investigators were still determining the extent of the bombers' foreign links.

On Wednesday, among many revelation to foreign agencies, Sri Lanka Defence Minister Ruwan Wijewardene said that leader of a local extremist group was also behind the attack.

The Minister told Xinhua news agency that eight out of nine involved in the attack have been identified, and one of them is a woman.

The US Ambassador to Sri Lanka also confirmed to CNN that the US had no prior knowledge of the attack and had not issued any warning. This contradicts what the Sri Lankan government had said. Sri Lankan Minister Harsha de Silva told CNN on Monday that advance intelligence had been provided by "both India and the US".

"We had no prior knowledge of these attacks," the Ambassador said, adding, "the Sri Lankan government has admitted lapses in their intelligence gathering and information sharing."

Most of the Sri Lankan suicide bombers were "well-educated" and it is believed that one of them studied in the UK, according to the Sri Lanka State Defence Minister, Reuters said in its report.

The police was still frantically hunting out suspects. At least 34 foreign nationals, including 10 Indians, were among those killed, the country's Foreign Ministry said. The UN has also confirmed that till now 45 children have been identified among the dead.