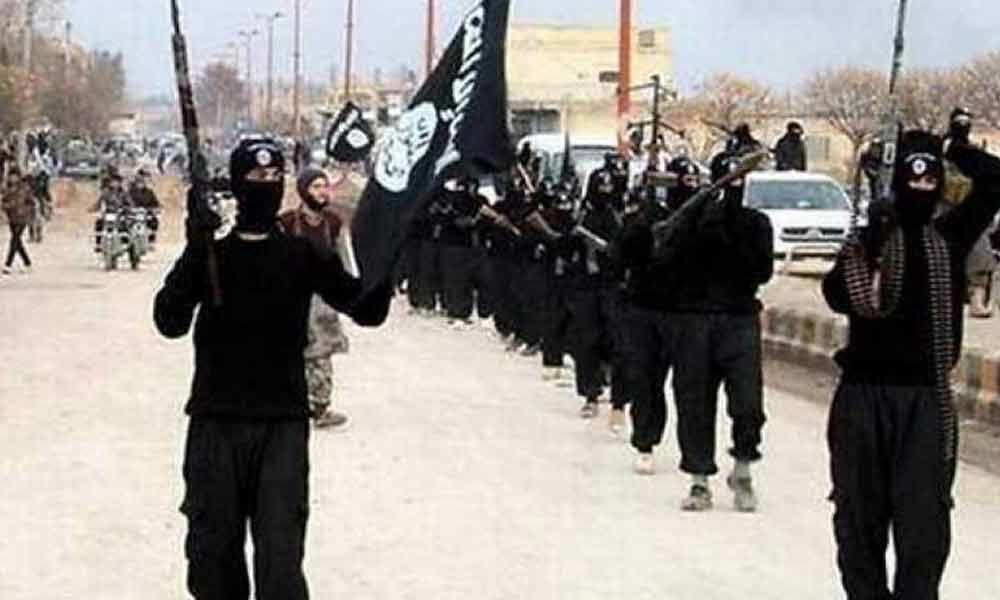 In the first raid, the CTD said it arrested an active member of ISIS, Mohammad Sadaqat, in DG Khan, some 400-km from Lahore and recovered hand grenades and weapons.

LAHORE: Three terrorists belonging to the Islamic State (IS) and Lashkar-e-Jhangvi (LeJ) militant groups have been arrested by the Counter Terrorism Department (CTD) officials in Pakistan's Punjab province.

According to the CTD of Punjab police, separate teams raided whereabouts of the suspected terrorists in D G Khan and Sialkot districts and arrested the three terrorists on Sunday.

In the first raid, the CTD said it arrested an active member of ISIS, Mohammad Sadaqat, in D G Khan, some 400-km from Lahore and recovered hand grenades and weapons.

It said Sadaqat along with his accomplices wanted to target officials of law enforcement agencies. It said the suspect is being interrogated and his other accomplices in the area will also be arrested.

In the raid in Sialkot, some 130-km from Lahore, two terrorists who were involved in sectarian killings were arrested on Sunday.

The CTD said both suspects are members of LeJ and they were involved in the killing of some people of Shia sect. Weapons have been recovered from them. They have been shifted to an undisclosed location for investigation.

The CTD last week arrested six members of the banned Jaish-e-Muhammad (JeM) and (LeJ) from different parts of Punjab province for collecting funds for "financing terrorism".

"The Counter Terrorism Department (CTD) of Punjab government in a massive crackdown has arrested six activists of the proscribed organisations from various parts of the province for collecting funds for financing terrorism," the CTD said.

The CTD said those arrested were collecting funds for terror financing for their proscribed organisations JeM and LeJ.

"No member of any proscribed organisation will be allowed to collect funds for financing terrorism and extremism under the law of land," the CTD said.

The Pakistan government had arrested over 100 members of banned outfits including JeM chief Masood Azhar's son and brother and taken control of JeM, JuD and FIF properties including seminaries and mosques across the country following immense international pressure built up after the Pulwama attack in February.

The government termed the action in accordance with the National Action Plan and meeting the obligations of the Financial Action Task Force (FATF).