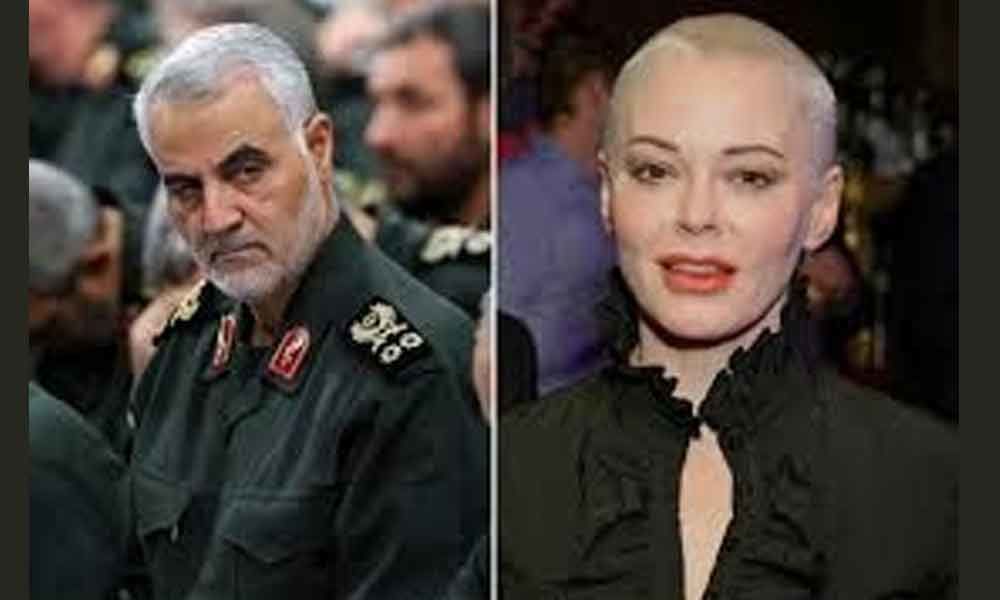 American actress-activist and model Rose McGowan triggered a war of words between her Twitter fans and critics after tweeting an apology to Iran in...

London : American actress-activist and model Rose McGowan triggered a war of words between her Twitter fans and critics after tweeting an apology to Iran in the wake of the killing of an Iranian General by a US air strike.

Her critics on Twitter branded her "un-American" and suggested she leave the country.

She wrote on @rosemcgowan: Dear #Iran, The USA has disrespected your country, your flag, your people. 52% of us humbly apologize. We want peace with your nation.

We are being held hostage by a terrorist regime. We do not know how to escape. Please do not kill us. #Soleimani"

Rose, 46, wrote the post after General Qassem Soleimani's death on Friday. It got 5.1K retweets and 21.5K likes.

Another of her tweets went thus: "I will never vote Republican. I want the Democrats to win because we are less likely to die.

I am a conscientious objector to the USA, it's policies, lies, corruption, nationalism, racism, and deep misogyny. It is our right and duty as citizens to dissent."

One critic wrote: "Hey Rose, If Iran is so great, you should go hang out there in the EXACT OUTFIT you're wearing in your profile picture and let us all know how it goes."

Another user wrote in reply: "Stop letting the CIA write your tweets."

A user commented: "I love the part where she writes 'we don't know how to escape'. I'm sure she still has her passport. You are free to go."