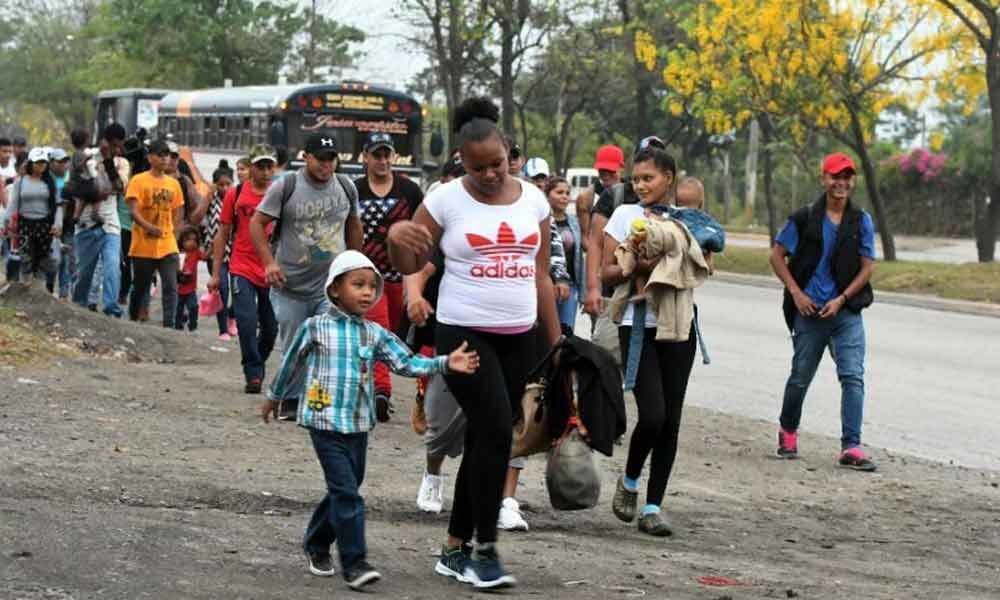 Citing homeland security officials and leaked emails, the Post said White House officials first broached the plan in November, asking officials at several agencies whether members of a caravan of migrants could be arrested at the border and then bused "to small- and mid-sized sanctuary cities". Sanctuary cities are places where local authorities -- usually Democratic run -- have refused to hand over illegal immigrants for deportation.

The White House told the Immigration and Customs Enforcement agency (ICE) that the plan was intended to alleviate a shortage of detention space, but would also send a message to Democrats, the Post said. The suggested policy was pushed back within ICE, with a top official saying it was rife with concerns and noting "there are PR risks as well". After the White House pressed the issue again earlier this year, ICE rebuffed it as "inappropriate". The Post said a White House official and a spokesman for the department of homeland security said the proposal was no longer under consideration.

"This was just a suggestion that was floated and rejected, which ended any further discussion," a White House statement said. One of the centres targeted was the constituency of house speaker Nancy Pelosi, whose office on Thursday blasted the plan. "The extent of this administration's cynicism and cruelty cannot be overstated," said Pelosi spokeswoman Ashley Etienne.

"Using human beings -- including little children -- as pawns in their warped game to perpetuate fear and demonize immigrants is despicable." Combating illegal immigration is a central plank of Trump's administration and he has expressed increasing frustration at the influx of migrants from Central America, who he often casts as criminals who threaten US security. The number of immigrant detainees in ICE custody has approached 50,000 in recent months, the Post said, an all-time high that has strained the agency's budget.