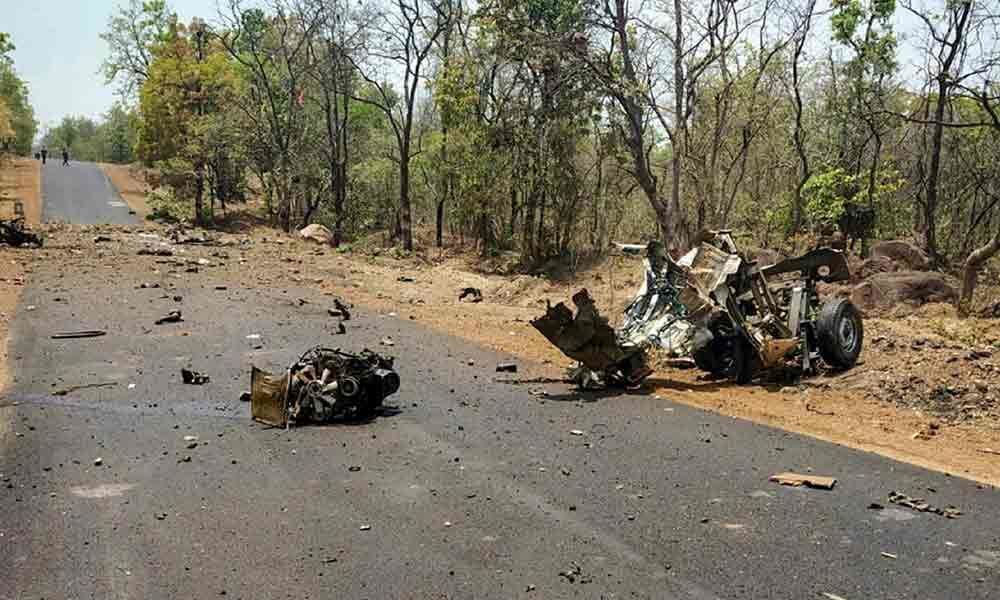 Maoists struck in a big way in Maharashtra's Gadchiroli on Wednesday, killing 15 police commandos and a private driver of the vehicle in a land mine blast.

Gadchiroli (Maharashtra): Maoists struck in a big way in Maharashtra's Gadchiroli on Wednesday, killing 15 police commandos and a private driver of the vehicle in a land mine blast. The attack came as the state was celebrating its Foundation Day.

The vehicle carrying the elite C-60 commandos of the Maharashtra Police was blown up in Kurkheda area around 12.30 pm, barely 10 hours after suspected Maoists torched at least 36 road construction vehicles and two site offices of a road building contractor in Gadchiroli's Dadarpur village.

According to official sources, the personnel of the specialised quick reaction force operating in the Maoist-affected districts of the state were proceeding to a place where Maoist activities were reported for combing operations but were stopped as the road in an isolated stretch in a forest area was reportedly blocked by fallen trees. When they alighted to clear the road of the trees, the IED blast took place, killing the commandos instantly, the sources said.

Maharashtra's Director General of Police Subodh Jaiswal said the security vehicle, carrying 15 personnel, was hit by a landmine blast and a civilian vehicle also got caught in it. "The saddest part is that we have lost 15 of our men," he told a press conference in Mumbai, asserting that the attack will not deter the forces from continuing their operations against the Maoists, whom he vowed to give a "befitting reply".

"We will revisit the entire thing and see whatever is to be done. Our operations will continue with full force. We have the capacity to give a befitting reply. "Their motive is to uproot democracy from the country," Jaiswal said, adding: "Our effort is to ensure nothing of this sort happens in the future."

He said it would not be right to say that the incident happened because of an "intelligence failure" but investigations will be conducted to see how it occurred.

The DGP also said that the attack was not connected to the ongoing elections in the country. Elections in Gadchiroli were held during the first phase of the staggered Lok Sabha election on April 11, and in fact, polling to all the 48 Lok Sabha seats of the state ended on April 29.

Chief Minister Devendra Fadnavis expressed shock and anguish over the attack and discussed the security situation with Union Home Minister Rajnath Singh. Prime Minister Narendra Modi, all parties, including ruling allies Shiv Sena, and the Republican Party of India-A, and the opposition Congress, Nationalist Congress Party and others have condemned the attack on the security forces.