1.5-foot cobra gets saved by rescuers in Mulund 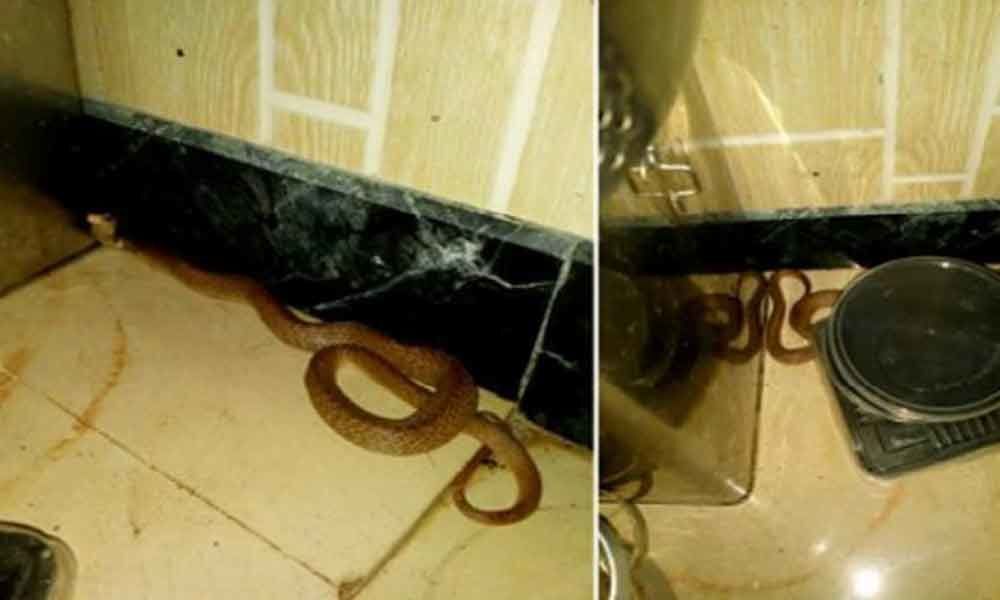 Joaquim Naik informed that the snake had slithered in between steel vessels on a shelf in the kitchen.

From a first-floor apartment, a 1.5-foot cobra was saved in Mulund on Thursday evening. Hasmukh Valanju, one of the rescuers said that around 4pm, the huge cobra had found its way, slithering into the kitchen in Anju Building. The two residents of the house hurriedly dashed towards the bedroom and locked themselves up there right before informing a neighbor who subsequently, called up a rescue helpline.

Joaquim Naik, another member of the rescue team from Resqink Association for Wildlife Welfare informed that the snake had slithered in between steel vessels on a shelf in the kitchen. Moreover, Sukhbir Kaur, 60, a resident of the building said that, a couple of baby snakes had been spotted in the neighborhood, a few weeks back.

According to reports, a fortnight ago, a rock python found in the toilet of a house in Bhandup. Snakes get into places along the fringes of Sanjay Gandhi National Park said Pawan Sharma, president of RAWW.