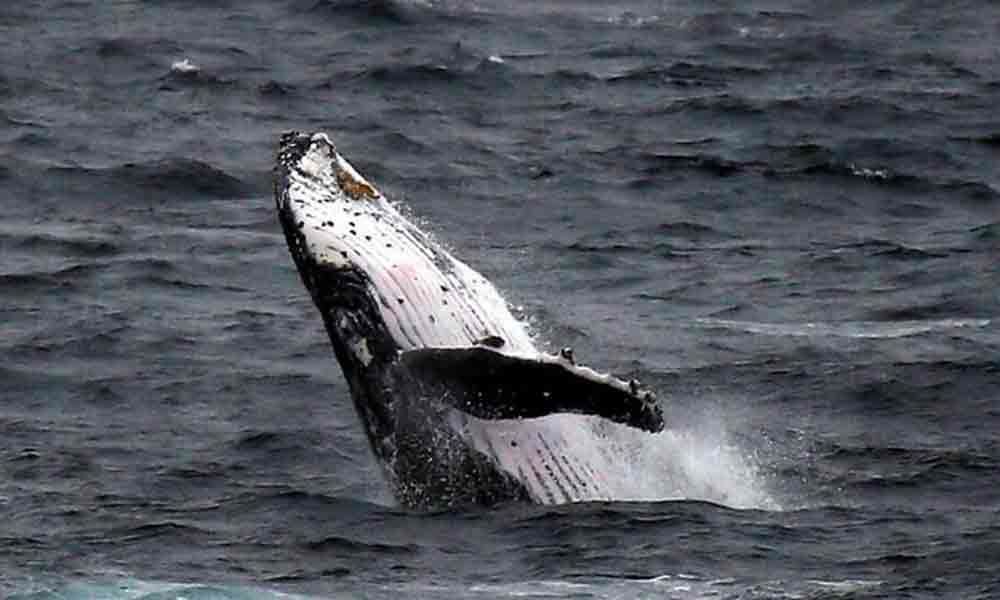 The Mumbai Police and Forest officials, in a joint operation, arrested two persons while they were trying to sell extremely rare Ambergris or Sperm Whale 'vomit' worth over Rs 17 million in the grey market, officials said on Wednesday.

Mumbai : The Mumbai Police and Forest officials, in a joint operation, arrested two persons while they were trying to sell extremely rare Ambergris or Sperm Whale 'vomit' worth over Rs 17 million in the grey market, officials said on Wednesday.

Rahul Tupare, 53 from Nagpur and Lalit Vyas, 44 from Gujarat been slapped with charges of the Wildlife Protection Act, besides the Indian Penal Code, informed Deputy Commissioner of Police (Zone VII) Akhilesh Kumar Singh.

This arrest comes barely nine months after the Thane Police arrested three persons with Ambergris worth Rs 20 million. The arrested men claimed to have found the substance floating in the Arabian Sea, off Ratnagiri coast.Ambergris is described as a wax that originates in the intestinal secretion of the highly endangered Sperm Whale and is often found floating in the high seas.

Often described as 'floating gold', it is used for manufacturing expensive perfumes, cosmetics, oils, and some use it for superstitious beliefs that it attracts wealth in a short time.Singh said that based on a tip-off, Tupare was nabbed on Saturday from Vikhroli suburb in north-east Mumbai, with a little over a 1,000 gms of the rocky lump of Ambergris in his possession.

During interrogation, he revealed the name of his accomplice Vyas, who was also picked up from Mumbai. Vyas had allegedly given the Ambergris to Tupare for sale.According to Singh, a police team has been sent to Gujarat for further investigations into what could be an international racket in Ambergris smuggling.

A controlled substance in India, Ambergris is in great demand in several countries, including the Middle-East. Though it is occasionally found in nature, police do not rule out the possibility of some miscreants even killing a Sperm Whale to acquire it.