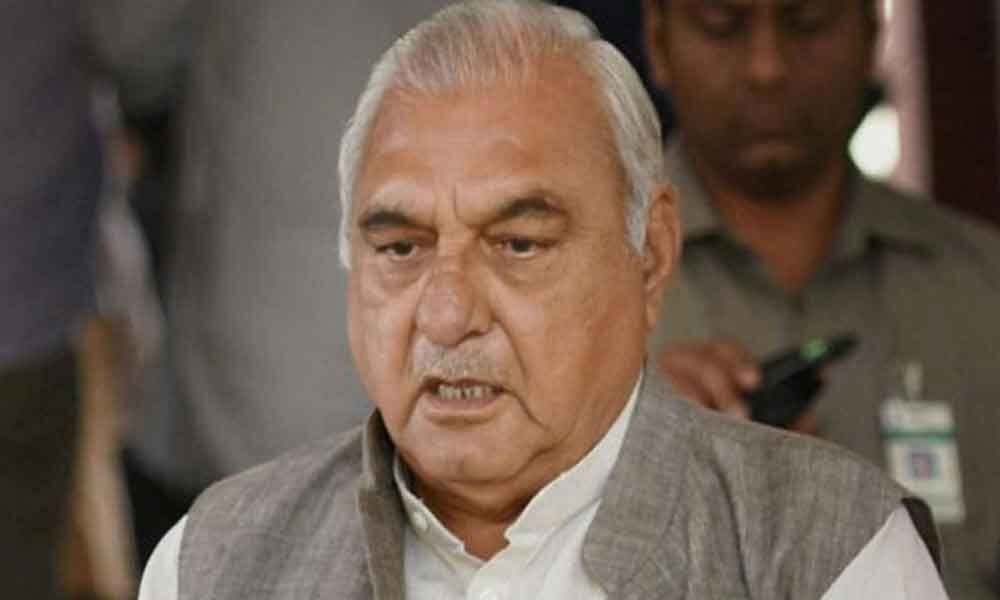 Hooda said the Congress chief would launch the election campaign in Haryana on Saturday by addressing a rally in Gurgaon.

Hooda said the Congress chief would launch the election campaign in Haryana on Saturday by addressing a rally in Gurgaon, where former state minister Ajay Singh Yadav contesting against Union minister Rao Inderjit Singh. Another rally is being planned for Mahendragarh later, he said.

Notably, in the 2014 election, the Bharatiya Janata Party (BJP) had won seven of of the eight seats they contested and reaped electoral gains particularly from south Haryana, including Gurgaon and Mahendragarh. Hooda said Vadra would visit Ambala, Hisar and Rohtak next Tuesday. Rohtak was the only seat won by Congress last time.

From Ambala, former MP and senior leader Kumari Selja is contesting. In Hisar, senior leader Kuldeep Bishnoi's son, Bhavya, has been fielded against sitting MP Dushyant Chautala of the Jannayak Janata Party. Rohtak is considered a stronghold of the Hooda family, where Hooda's son, Deepender Singh, is seeking re-election for the fourth time. The rallies by the Congress leaders would boost their poll campaign, Hooda said, exuding confidence that the party would win all the 10 seats in the state.

The former chief minister, who is contesting from Sonipat against the JJP's Digvijay Singh Chautala, said he had been touring various parts of the state and people were eagerly waiting for the polls to vote out the "non-performing" National Democratic Alliance government. "Wherever they (BJP leaders) are going, people are asking them questions, because the BJP-led governments at the Centre and in Haryana have failed to perform.

Hooda said. "There is no 'Modi wave' this time. In the villages I have been touring, people are comparing development that we undertook during 10 years as against the hollow promises the BJP made with nothing to show on the ground," the four-time MP said. "Our agenda is very clear. We want to restart the process of development in the area and give people a share in governance," Hooda added. Haryana goes to polls on May 12.