36% schools in India without electricity 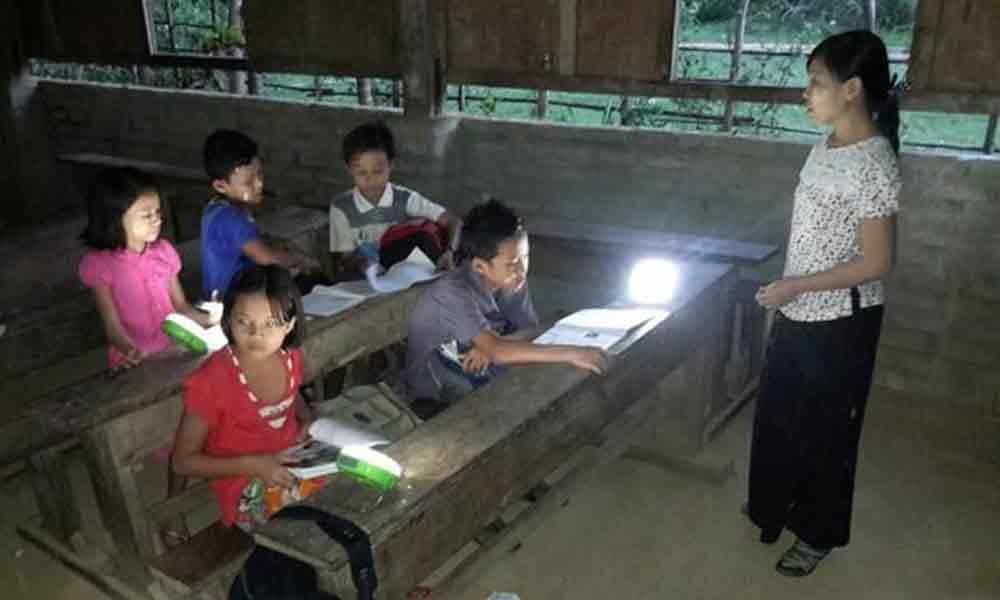 Over 36 per cent of schools across the country do not have electricity, Union HRD Minister Ramesh Pokhriyal 'Nishank' said on Monday.

New Delhi : Over 36 per cent of schools across the country do not have electricity, Union HRD Minister Ramesh Pokhriyal 'Nishank' said on Monday.

The information was shared by the minister in response to a written question in Lok Sabha. "As per Unified District Information System for Education (UDISE) report, 2017-18, 63.14 per cent schools have power supply," he said.

According to the report, Assam has least number of schools with electricity at 24.28 per cent, followed by Meghalaya at 26.34 per cent.

All the schools in Lakshadweep and Dadra and Nagar Haveli have electricity while 99.93 per cent schools in Delhi have power supply. "Under the Deendayal Upadhyay Gram Jyoti Yojana, access to electricity is provided in villages and rural areas.

As many as 8,663 new secondary schools and 46,280 toilets in schools have been constructed in different parts of the country till March 31 under the centrally-sponsored Rashtriya Madhyamik Shiksha Abhiyan (RMSA).

Out of these, states and UTs have reported that 12,100 new schools have become functional and construction of 8,663 new schools, 37,546 additional classrooms, 46,280 toilets and provision of drinking water facility in 10,093 schools has been done till March 31, 2019, he said during Question Hour.