4 railway policemen booked for thrashing journalist in UP 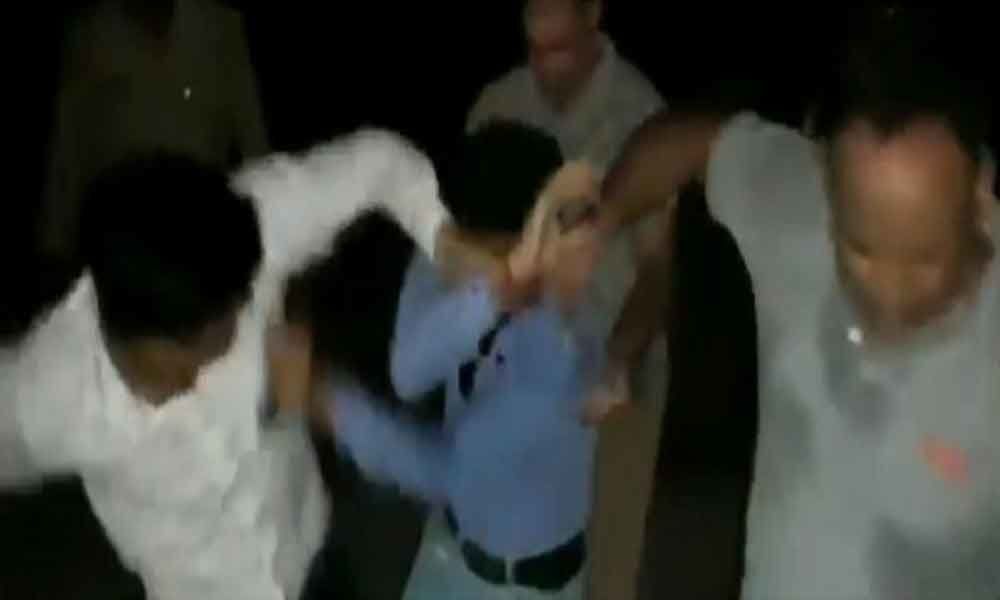 Subsequently, the scribe was detained by the railway policemen.

Muzaffarnagar: Four railway policemen, including a station house officer, were booked for allegedly beating up a journalist in Uttar Pradesh's Shamli district, an official said Thursday.

Subsequently, the scribe was detained by the railway policemen. Police registered a case against the four personnel, including Station House Officer Rakesh Kumar, on Wednesday under sections of the Indian Penal Code (IPC) pertaining to causing hurt, insult, robbery and wrongful confinement, GRP Superintendent of Police Subhash Chand Dubey said.

Of the four GRP officers, Kumar and Constable Sanjay Pawar were suspended on Wednesday. A case has been registered under the IPC sections 323 (causing hurt), 504 (intentional insult), 506 (criminal intimidation), 364 (abduction), 392 (punishment for robbery) and 342 (wrongful confinement), according to police.

The incident took place after the policemen entered into an argument with Sharma when he was covering the derailment of a goods train in Shamli Sharma has alleged that he was thrashed by the GRP personnel and put in a lock up. "They forced me to take my clothes off and urinated on me," the scribe said.

However, this charge was denied by the GRP. The policemen were booked after agitation by journalists over the incident. They staged a sit-in in Shamli on Wednesday.