46.59 per cent electorate cast their vote in Uttarakhand till 3 pm 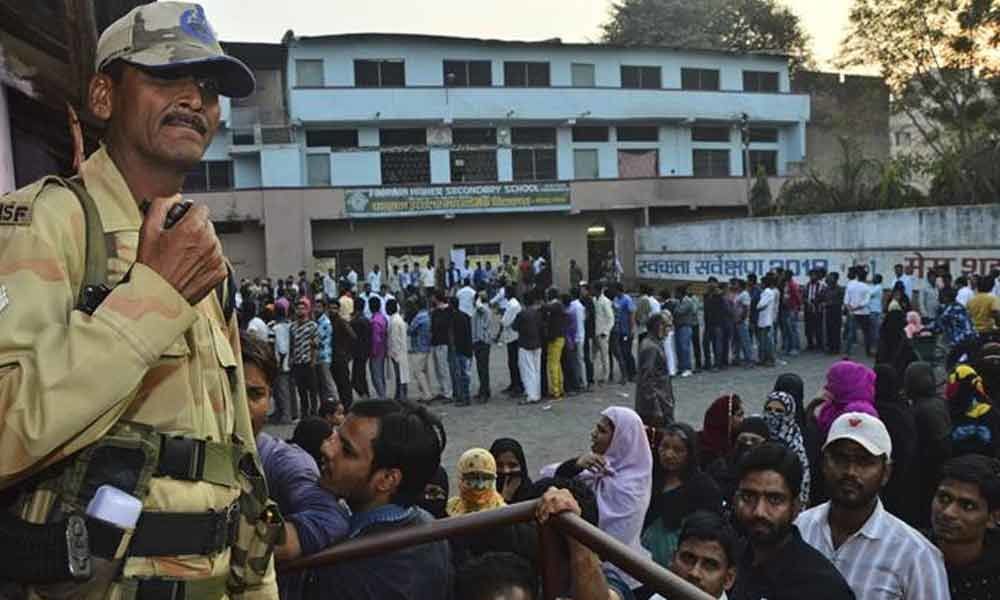 The fate of 52 candidates will be decided by over 78 lakh voters of the state, where all the five seats -- Tehri, Pauri, Haridwar, Almora and Nainital -- are being held by the BJP. Polling began at 7 am and there was 46.59 per cent polling in Uttarakhand by 3 pm, Chief Electoral Officer Saujanya said.

The BJP is locked in straight contests with the Congress on all the seats. High-profile candidates in the fray are ex-chief minister Harish Rawat, who takes on state BJP chief Ajay Bhatt in Nainital; ex-CM Ramesh Pokhriyal Nishank who faces Congress's Ambrish Kumar in Haridwar; BJP national secretary Tirath Singh Rawat is up against B C Khanduri's son Manish Khanduri in Pauri; and sitting MPs Ajay Tamta (Lok Sabha) and Pradeep Tamta (Rajya Sabha) in Almora.