Adapted to 'give and take' policy: Siddaramaiah on seat sharing 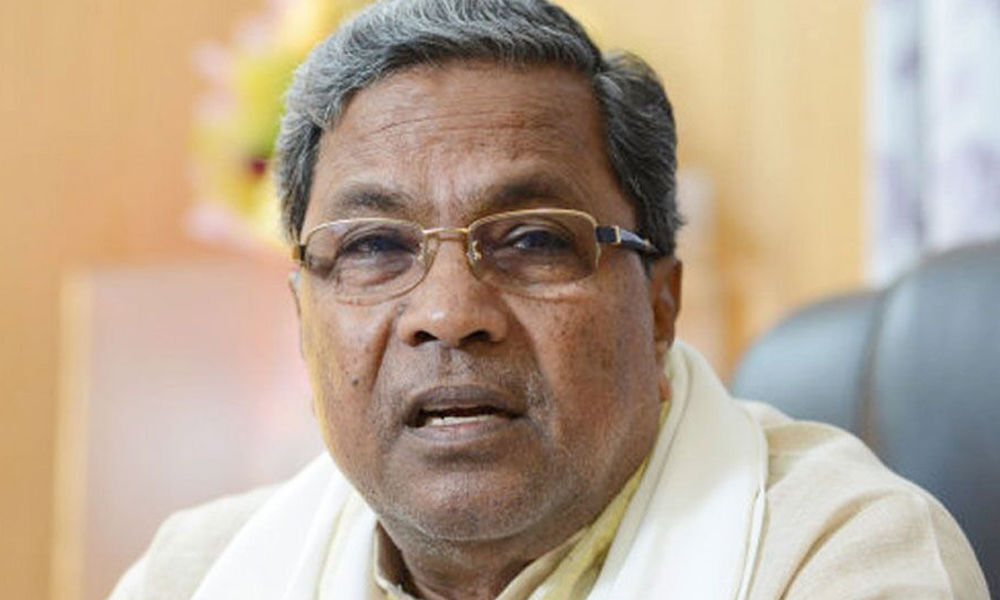 Bengaluru: The ruling Congress-JD(S) coalition coordination committee chairman Siddaramaiah on Thursday said alliance partners had adopted a "give and take" policy in the seat sharing deal for the Lok Sabha elections.

The state Congress Legislature party leader also said the party's list of candidates for Lok Sabha polls is likely to be finalised by March 16.

"In alliance there will be give and take..," Siddaramaiah said to a question whether Congress leaders were satisfied with seat sharing. Responding to reports about disgruntlement among party leaders in a few places, the former chief minister said, "all these things will be there in the beginning..aspirants will be bit angry, but things would get normal gradually.

"On ceding Tumkur Lok Sabha constituency to the JD(S), despite state Congress leaders' stand that no seat with sitting party MP should be conceded, he said "We had said it should not be given, but it is the party high command's decision, we will have to go by the decision.."

The Congress will contest 20 seats and JD(S) eight under a deal finalised by the two ruling coalition partners on Wednesday after weeks of haggling.

According to party sources, JD(S) bagged Tumkur seat after a hard bargain as the grand old party had decided not to cede the constituencies where the party has a sitting MP to the regional partner.

Congress' S P Muddahanumegowda is the current MP from Tumkur and a ticket aspirant. Mysore-Kodagu was another constituency that JD(S) had demanded from the old Mysuru region, but could not bag it due to opposition from Siddaramaiah as the seat is in his home turf, the sources said.

The CLP leader said Congress will finalise its list of candidates on March 16. "We have shortlisted the list of candidates for various constituencies, Central Election Committee meeting will be there on March 16. We are also gathering opinions for some places, there (at meeting) we will discuss everything and come to a final decision," he said.

Jadhav is likely to be pitted against veteran Congress leader Mallikarjuna Kharge from Gulbarga.

On reports about former congress minister A Manju planning to join the BJP upset over the party ceding the Hassan seat to the JD(S), Siddaramaiah said he has told him that he will not quit the party. Siddaramaiah ruled out contesting Lok Sabha polls.

Asked whether he was not interested innational politics, he said "..indulging (in) Karnataka politics itself is more than enough, there are many people to do national politics and they will do it."