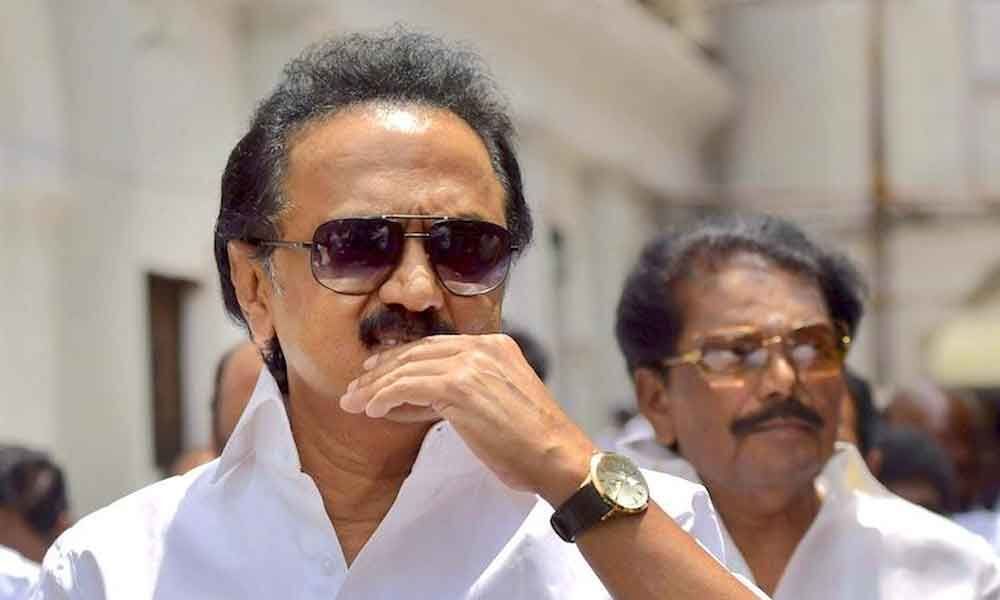 AIADMK also alleged that during a recent election meet, Stalin urged voters to accept money and sought action against him for his remarks.

Chennai: The ruling AIADMK on Wednesday approached the Election Commission with a complaint of a violation of model code of conduct against DMK president M K Stalin for addressing the media during the "silence period," saying it was an attempt at "indirect canvassing."

The party also filed a number of other complaints with Chief Electoral Officer Satyabrata Sahoo, including seeking action against MNM founder Kamal Haasan for a specific advertisement put out by it.

Stalin was giving an interview to private channels and criticising the leaders of other parties and this was a clear violation of the model code of conduct, the complaint filed by party spokesperson and advocate R M Babu Murugavel said.

The "silence period" had come into effect from 6 pm since Tuesday under the MCC, he said in an apparent reference to campaigning for Thursday's Lok Sabha polls to 38 seats in the state coming to an end.

"The intention of Stalin is to canvas indirectly by way of addressing the press, which is against and violation of the Election Code of Conduct/Rules," the complaint said.

The AIADMK requested the CEO to take action against the DMK chief, also state Leader of Opposition, by "issuing show cause notice for violating MCC" and also file a case against him.

In a separate complaint, it alleged that during a media interaction after the Election Commission rescinded the April 18 Lok Sabha polls to the Vellore constituency, Stalin had "criticised" the commission for its decision, saying it was a "blatant violation" of the poll code.

The Lok Sabha election to the Vellore constituency was cancelled on Tuesday by the EC following the recovery of a huge amount of cash allegedly from an associate of a DMK leader recently.

The AIADMK also alleged that during a recent election meeting in Kancheepuram, Stalin had reportedly urged voters to accept money and sought action against him for his remarks.

Regarding Makkal Needhi Maiam (MNM), the AIADMK told the EC that it's a poll advertisement in a regional daily dated April 16 carried some "unwanted photos" which was against the model code of conduct.

"Direct Kamal Haasan to stop further release of the advertisement and take action against him," it said.

Section 126 of the Representation of People Act, 1951 prohibits election campaign activities through public meetings, processions, etc, and displaying of election matter by means of television and similar apparatus during 48-hours, between the deadline for the end of campaigning and the end of voting.

The prohibition is aimed at providing a period of silence for quiet deliberation ahead of voting day.