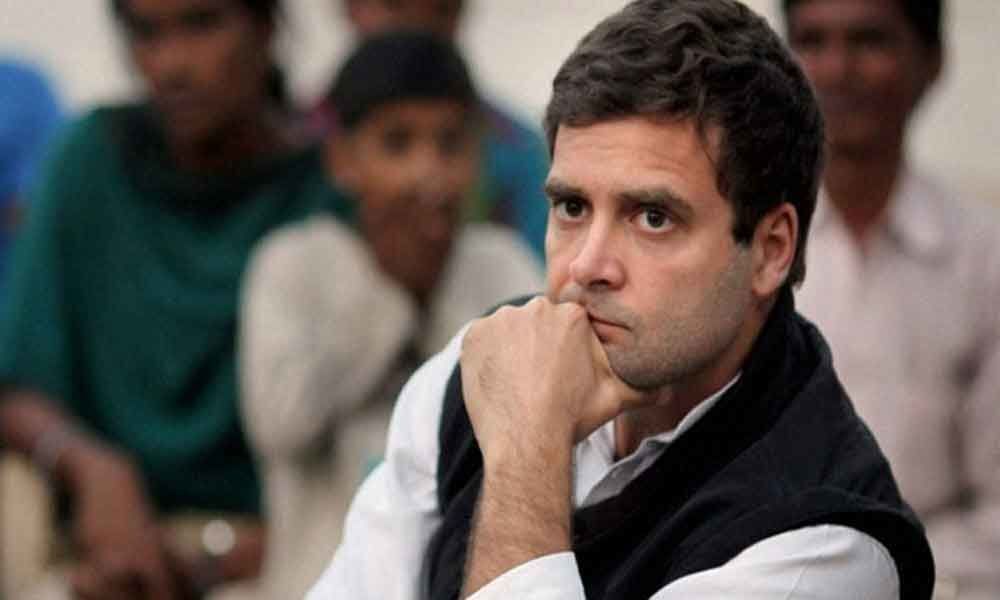 Achuthanandan in a Facebook post termed Rahul as 'Amul Baby', said he has 'attitude of approaching situations without understanding them.

New Delhi: In the backdrop of Rahul Gandhi choosing to contest from the Wayanad Lok Sabha seat, CPM leader and former Kerala Chief Minister VS Achuthanandan termed the Congress president 'Amul Baby', asserting that he has an "attitude of approaching situations without understanding them."

He said that if Rahul contests from Wayanad, Left parties will have to fight both BJP and Rahul Gandhi.

"I called Rahul Gandhi 'Amul Baby' earlier, because of his attitude of approaching situations without understanding them. What will happen in Wayanad if Rahul comes? Left parties will fight against Rahul and BJP," Achuthanandan wrote on Facebook.

The senior leader said that Rahul contesting from Wayanad proves his argument that BJP is their main enemy, wrong.

"But what will be the condition of Congress? Their argument that BJP is their main enemy will be proved wrong. That's why I called him 'Amul Baby' which is relevant now also," further read his Facebook post.

Congress had announced that Rahul will be contesting from Wayanad parliamentary constituency in Kerala along with his traditional bastion Amethi in Uttar Pradesh to further strengthen the unity of north and south.

The BJP has stitched a formidable alliance with BDJS and Kerala Congress in Kerala in the run-up to Lok Sabha elections.

BDJS has been allotted five Lok Sabha seats as per the seat-sharing agreement while the BJP is contesting from 14 seats and Kerala Congress from one.