Are the Indian Researchers from Bengaluru finding a cure for Cancer? 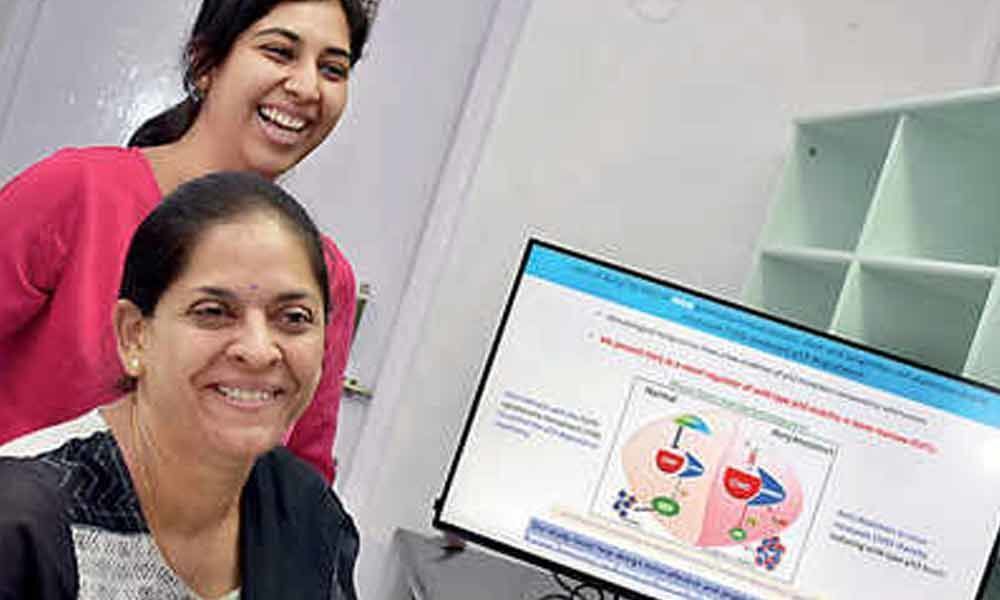 Bengaluru Team of Indian researchers how close are they heading in finding a cure for cancer? Cancer is one of the most dangerous diseases of our times.

BENGALURU: Bengaluru Team of Indian researchers how close are they heading in finding a cure for cancer? Cancer is one of the most dangerous diseases of our times. We could increase the lifespan of a patient using a judicious application of modern medicine and its increasing knowledge about the disease. An undetected tumor can grow in size until cancerous cells from inside it migrate outside the tumorous to far-flung areas of the body.

The Indian researchers have created a mouse model to study bone marrow and blood disorders that could aid in finding a cure for blood cancer ( Leukaemia).

The team is led by Maneesha S Inamdar at Jawaharlal Nehru Centre for Advanced Scientific Research ( JNCASR), has published its findings in 'Blood', a journal of the American Society of Haematology.

Producing new blood cells is a lifelong activity. Given the sheer number of cells, they are prone to a mutation which then becomes cancerous.

Now, 90% of solid cancers are known to be caused by the mutation of p53, a protein that regulates cells production. In the case of blood cancer, only 11% of the cancer was seen to be caused by p53 mutation. Despite there was no significant mutation of P53, We found levels of asriji were low, causing uncontrolled production of new cells.

To know how the asriji works the team designed a mouse that is engineered to mark the ariji gene for deletion. This was done in collaboration with the RIKEN CDB, Kobe, Japan and the National Center for the Biological Sciences Bengaluru.

The Inamdar laboratory then deleted the marked region and showed that deleting one both copies of the gene has no apparent effect, which was perplexing. Based on their earlier work, they predicted the mice are likely to develop blood cancer.

Detailed experiments, including bone marrow transplants in mice, showed the mutants had too many blood stem cells, an enlarged spleen and developed a severe myeloproliferative disease as they aged, just like human patients. The study could potentially revolutionize research seeking to find the origin and clinical progression of blood and other cancers. It will also lead to a search for drug treatments for a wide range of diseases affected by asriji and p53, including cancers and neuro-degenerative disorders.