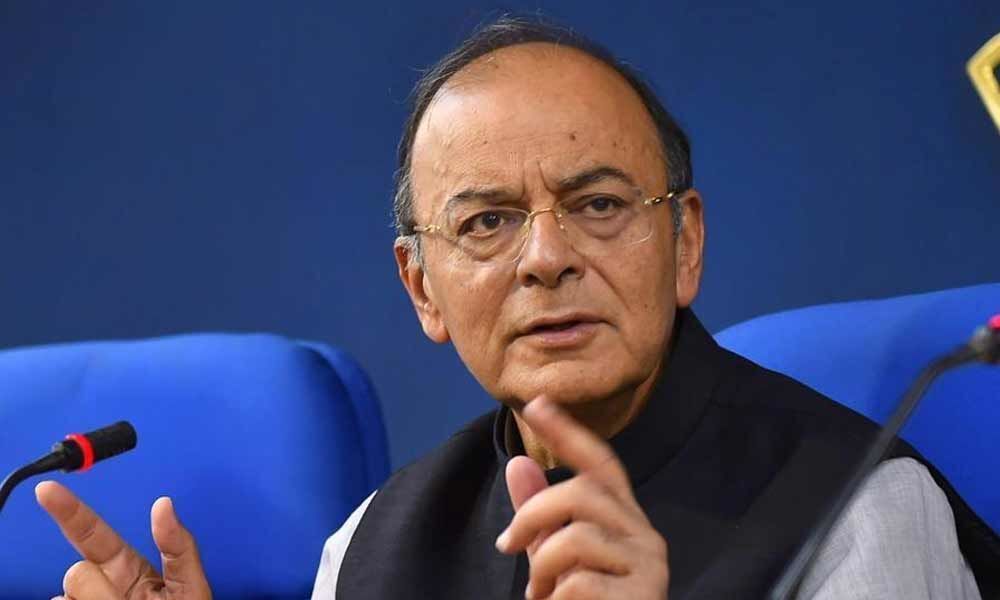 In a blog, Jaitley said the seven-decade history of the state of Jammu and Kashmir confronts changing India with several questions.

The statement comes amidst the Bharatiya Janata Party (BJP) pressing for early elections to the state assembly in the state.

The state is under President's rule and the Union Cabinet takes all policy decisions related to the militancy-hit state.

In a blog, Jaitley said the seven-decade history of the state of Jammu and Kashmir confronts changing India with several questions.

"Was the Nehruvian course, which the state had embarked, a historical blunder or was it the correct course to follow? Most Indians today believe that it is the former.

"Does our policy today have to be guided by that erroneous vision or an out of box thinking which is in consonance with ground reality?" Jaitley questioned.

The senior BJP leader and in-charge of the party's campaign committee for general elections said Article 35A was "surreptitiously" included by a presidential notification in the Constitution in 1954.

Article 35A, he said, was neither a part of the original Constitution framed by the Constituent Assembly nor did it come as a Constitutional Amendment under Article 368 of the Constitution which requires approval by two-thirds majority of both Houses of Parliament.

"It came as a presidential notification and is a surreptitious executive insertion in the Constitution."

Jaitley further said the Article gives the right to the state government to discriminate between two state citizens living in the state on the basis of declaring some as permanent residents while leaving out the others.

It also discriminates between permanent residents of the state and all other Indian citizens living elsewhere, he added.

"The same applies to those who live elsewhere in the country. The heirs of ladies marrying outside the state are disinherited from owning or inheriting property," the minister added.

He said the state does not have adequate financial resources and its ability to raise more has been crippled by Article 35A.

No investor is willing to set up an industry, hotel, private educational institutions or private hospitals since he can neither buy land or property nor can his executives do so, he said.

"Article 35A, which is constitutionally vulnerable, is used as a political shield by many but it hurt the common citizen of the state the most. It denied them a booming economy, economic activity and jobs," Jaitley said.

The minister added that the present government has decided that the rule of law in the interest of the people of Kashmir valley and the larger interest of India must equally apply to Jammu & Kashmir.

He also listed out development works taken up in the state. Jaitley also informed that the National Investigation Agency (NIA) has launched a crackdown on terrorist funding.

The Income-tax Department has swung into action after 17 years and discovered several sources of anti-national funding.

The CBI is looking into 80,000 gun licences given in recent years, he added.