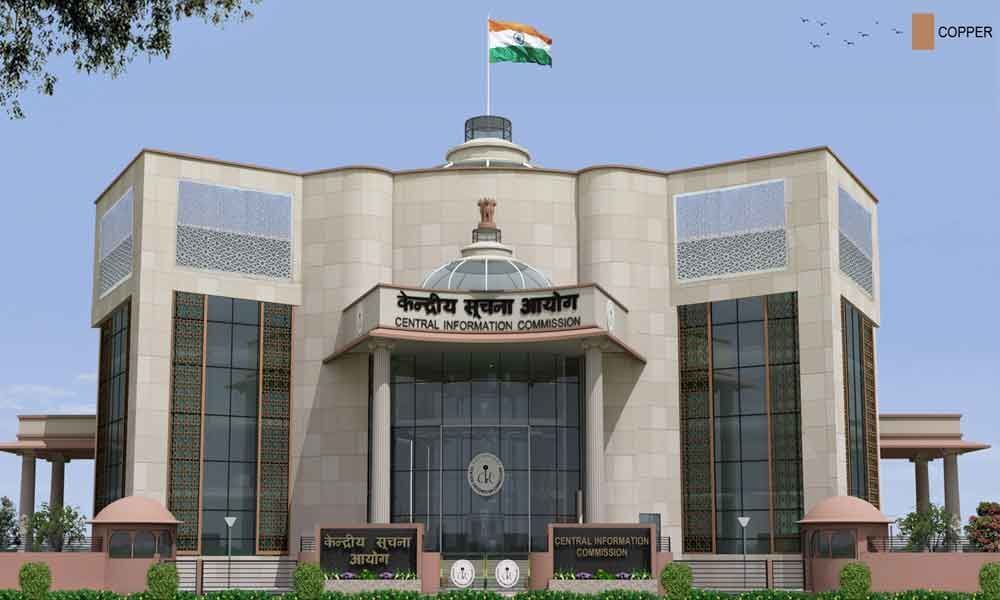 It is ridiculous to make such 'officers' who are supposed to obey the directions of ICs and CIC, to inquire into the complaints against CICs. The statutory status of Central Information Commissioners and Chief is much above the level of Cabinet Secretary etc. The RTI Act gave CIC the power to direct and impose penalties on these officers if they don't give information. The ICs are on par with Election Commissioners, who in turn function at the level of Supreme Court judges. The CICs are appointed by the President on recommendation of the high-power committee led by the Prime Minister, a Cabinet Minister and the Leader of the Opposition.

The Central Information Commission must function autonomously without being subjected to directions by any other authority under this Act (Section 12(4) or RTI Act). The committees proposed are not authorities under this Act. The government cannot create any such authority in the absence of any enabling provision in the Act. By filling the commission with the officers, who served them with utmost loyalty, the independence of CIC is killed at the origin, i.e., appointment stage and now these panels will instil fear among the appointed commissioners not to give any adverse orders. The CIC recently asked the government offices to disclose the corruption and other cases against its officers.

President is the authority

Section 14 (1) of the RTI Act insulates the commissioners from any authorities other than President. It states that power of removing the commissioners is vested only in the President, that too, on the ground of proved misbehaviour or incapacity after the Supreme Court. The President must make a reference to the Supreme Court, which must conduct inquiry. Section 14 (3) explains some more reasons. President may remove a commissioner if he/she is adjudged an insolvent, has been convicted of an offence which involves moral turpitude, engages during his/her term of office in any paid employment outside, unfit to continue in office by reason of infirmity of mind or body; or has acquired such financial or other interest as is likely to affect prejudicially his functions as the CIC or an IC. This high- level procedure is prescribed to insulate the office of CICs from frequent interference from the political executive. As the President is appointing authority it is appropriate for the President only to remove or initiate the process of removal of the commissioner. If anybody has proof or strong allegation of misconduct, he can make complaint to the President. Many complaints are generally posted to the Chief Information Commissioner also. The President's office most of the times forwards the complaints to the commission. Recently the CIC has introduced a practice of pointing out the complaints in the commission's meeting or/and forward complaint to the concerned commission for information. Under the Act, the chief has no authority to receive or act on any complaint. The disgruntled elements file complaints against the commissioners. More of such complaints are frivolous on the face of it. Naming the commissioner and the number of complaints with brief content of allegation is felt not proper. Then in an informal meeting the complaints were briefed without taking the names. The President's office is the only appropriate forum for filing complaints with proof.

The government's duty to implement RTI

The government of the day is a major player in implementing the RTI Act, the key part of it being the constitution of CIC. By delaying or not filling the vacancies and by selecting 99 pc former bureaucrats, on the merit of 'loyalty' only the government is continuously wielding complete control over body and the mind of the CICs. Yet, the top bureaucrats in the government are not happy. They tried to dilute this institution by framing rules, developing a draft amendment and now to create the panels. Faced with resistance from the commissioners, they dropped rules and postponed the amendment proposal. Then officers came up with this method of controlling.

The CIC deserves appreciation for unitedly opposing these panels. Till today the PMO personnel were interfering with the functioning of the CIC, and if this proposal is through, every department will supervise the adjudication of second appeals and demand the 'judgments' of their choice with the threat of inquiry.

It's totally against the RTI Act, and violative of letter and spirit of our democratic constitution which gave independence to information tribunal. It is bureaucracy's desperate attempt to annex the transparency panel under their hierarchy. This proposal will reduce the CIC to the level of a glorified clerk without glory.

Its atrocious for the government of India to come up with this kind of proposal when the nation is going to polls, a referendum on the present governance. It will convert independent institutions into dependent branches. They will also be using the CIC, like other independent enforcement organisations, to threaten the people, who oppose the ruling party or ruling thought. If they appoint independent persons from different walks of life with cherished past of being transparent, there will be no complaints against CICs and no such committee will be necessitated. The nation must understand the so-called commitment of this government towards transparency and RTI and decide their choice in this election.

The honourable President of India should come to the rescue of RTI by insulating CIC from these kinds of onslaughts from the government as their subordinate officers are trying to prevent people from asking for embarrassing disclosures using RTI. This attempt is highly undemocratic, unconstitutional and smacks of high-level dictatorship and authoritarianism. This must be totally opposed. The President should consider advising his government not to do this. The people must oppose this proposal and save their dear right to information.