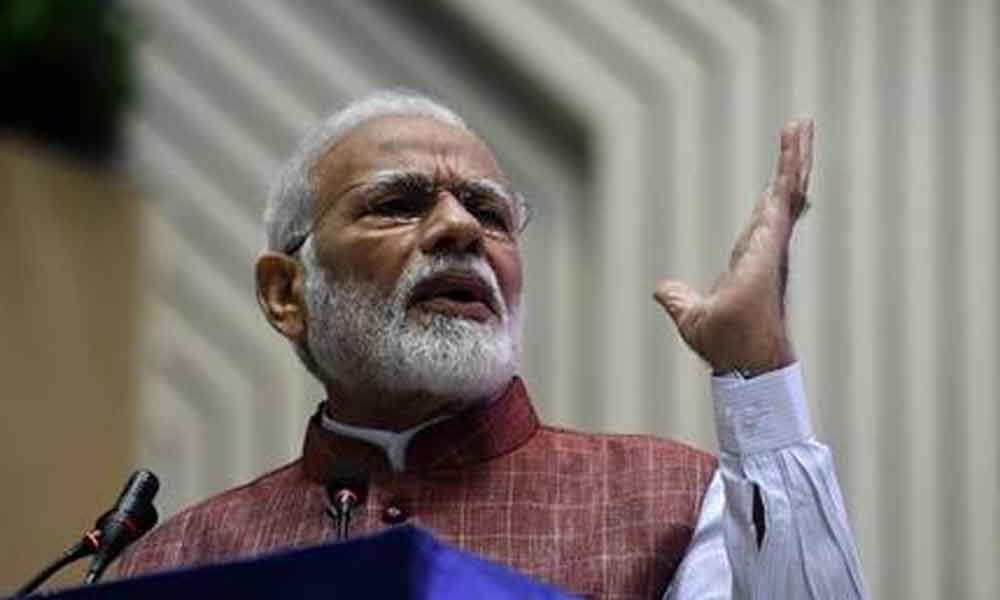 Around 11 lakh jobs are estimated to be generated due to Ayushman Bharat scheme in the next five to seven years which will make it the second largest...

New Delhi : Around 11 lakh jobs are estimated to be generated due to Ayushman Bharat scheme in the next five to seven years which will make it the second largest employment creator after the railways, Prime Minister Narendra Modi said on Tuesday.

India's healthcare system will be an example for the world, Modi said addressing an event to mark the completion of one year of the flagship health insurance programme which he termed one of the several revolutionary steps taken by 'new India'.

It was the scheme's big achievement that 46 lakh people have been pulled out of the "darkness of disease", the prime minister said, adding that the PMJAY scheme has turned into 'garibon ki jai' (a victory for poor).

In the coming time, many new hospitals will be set up and employment opportunities will increase, he said. "

According to an estimate, due to demands arising out of the scheme in the next 5-7 years, around 11 lakh new jobs will be created.

The enormity of the figure can be gauged by the fact that only the Railways generate employment more than this," Modi said. He said efforts are on to make Ayushman Bharat foolproof and bring about improvements in the scheme.

Talking about the journey of the Ayushman Bharat-Pradhan Mantri Jan Arogya Yojna (AB-PMJAY) over the past one year, the prime minister said if any one person's land, house, ornaments or any other items were saved from being mortgaged or sold for medical treatment, "then it is a huge success of Ayushman India".