BJP asks Rahul to come clean on his citizenship, qualification 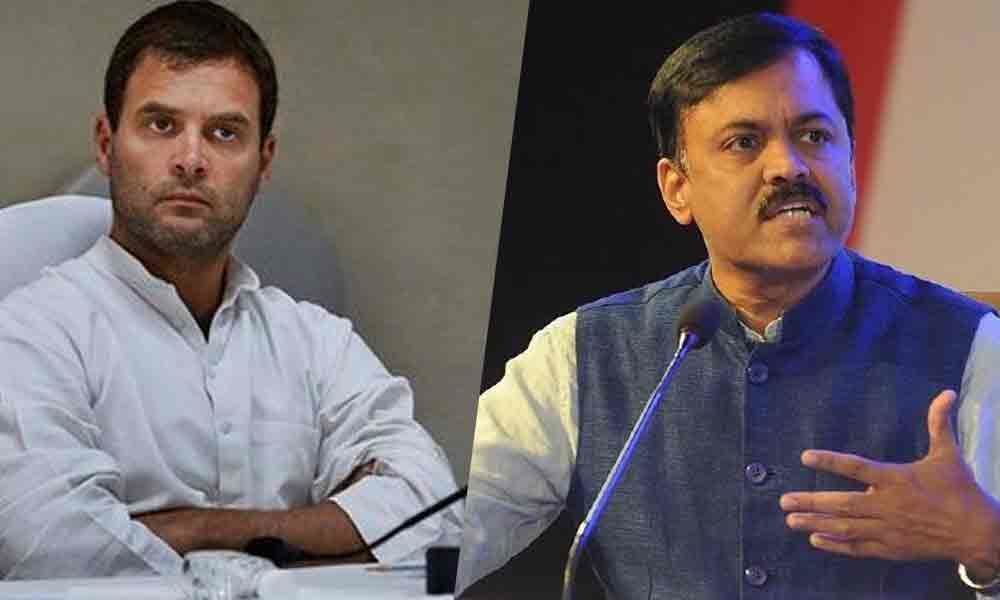 Raising objections over Rahul Gandhi's citizenship and educational qualifications, a complainant has sought rejection of the Congress president's candidature from Amethi, an issue the BJP seized and asked him to come clean on the matter.

New Delhi: Raising objections over Rahul Gandhi's citizenship and educational qualifications, a complainant has sought rejection of the Congress president's candidature from Amethi, an issue the BJP seized and asked him to come clean on the matter. The Returning Officer has taken cognizance of the matter and fixed Monday as the next date of hearing on the matter, The BJP cited the content of the complaint and claimed that Gandhi's lawyer sought time till Monday to file his response instead of answering it quickly which, its spokesperson G V L Narasimha Rao said, was "stunning". "These are serious allegations.

Is Rahul Gandhi an Indian citizen or not? Did he ever become a British citizen? He should come out with the real story," Rao said. There was no immediate reaction from the Congress. Election Commission sources said the returning officer is the final authority on such a matter, but he cannot check the veracity of whatever is written on an election affidavit. "If someone approaches an RO raising objections, he must hear the affected party. If anyone has any objection to whatever is recorded in an affidavit, the person should approach court. The EC has no role in any objection made to election affidavit," they said.

Rao said it was matter of great surprise that the objections raised regarding Gandhi's citizenship haven't been answered. "It is stunning," he added. He claimed that a British company, in which Gandhi had said in 2004 that he made investment, in its submission to the authorities there stated that Gandhi was a British citizen. Under Indian law, one ceases to be a citizen of the country if he gets citizenship of any country, he said and asked the Congress president to answer the questions raised in the complaint. If the British company made a false statement, then did Gandhi act against it, he asked.

Referring to the complaint, the BJP spokesperson said there are "discrepancies and attempts to suppress facts" in Gandhi's affidavits filed during different elections from 2004 to 2014. The Congress chief had said that he did M Phil in development economics from Cambridge University, but later claimed it was in development studies, Rao alleged. The BJP spokesman said inquiries show that one Rahul Vincy and not Rahul Gandhi got the degree in that particular year.

"We will like to know if Rahul Gandhi goes by multiple names in different countries," Rao said. He also wondered if the Gandhi scion's qualification was like Congress manifestoes that change every five years. To a question about Congress' allegations levelled against Union minister Smriti Irani, who is the BJP candidate against Gandhi, over her educational qualification, Rao said the issue had been addressed earlier and that the opposition party was free to file a plea with the RO.