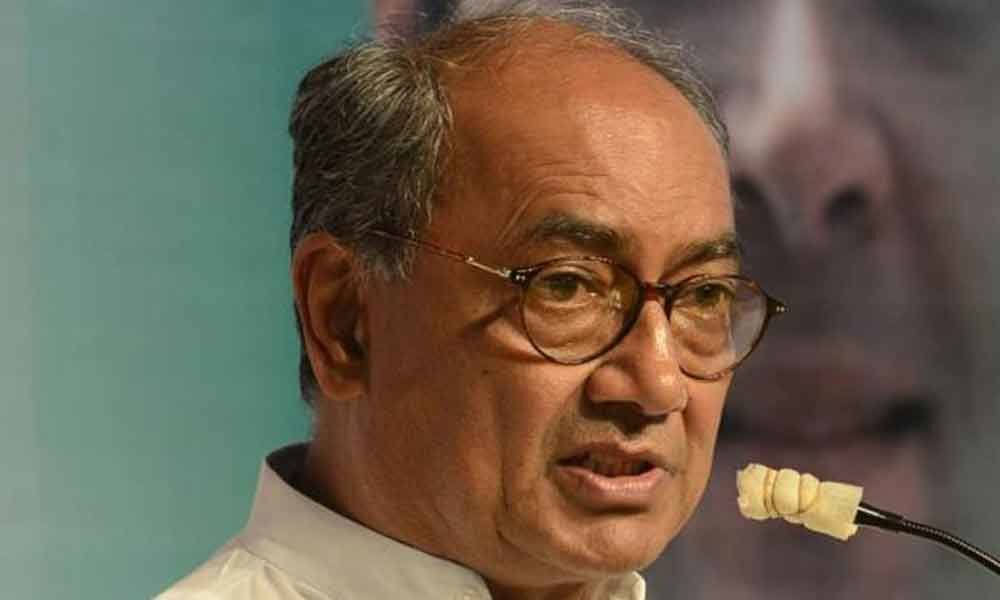 Mr Arora told newspersons he filed an FIR against Digvijaya Singh for his allegation and an inquiry has been handed over to Sub Inspector Rajesh Kumar Pandey of the police station.

Police said investigations are on in the case.

Mr Singh had on Saturday alleged that the BJP and the Bajrang Dal take money from Pakistan's notorious ISI, drawing flak from the ruling party which said he has lost credibility by intentionally giving controversial statements.

"Bajrang Dal and Bharatiya Janata Party are taking money from ISI. Pay attention to this," he told reporters at Bhind in Madhya Pradesh on Saturday, and went on to claim, "Non-Muslims are spying for Pakistan's ISI more than Muslims. Mind this."

Digvijaya Singh, however, on Sunday claimed some channels were telecasting "totally wrong" news about his statements.