Bringing back IAF pilot in 2 days from Pak was major success: Sushma Swaraj 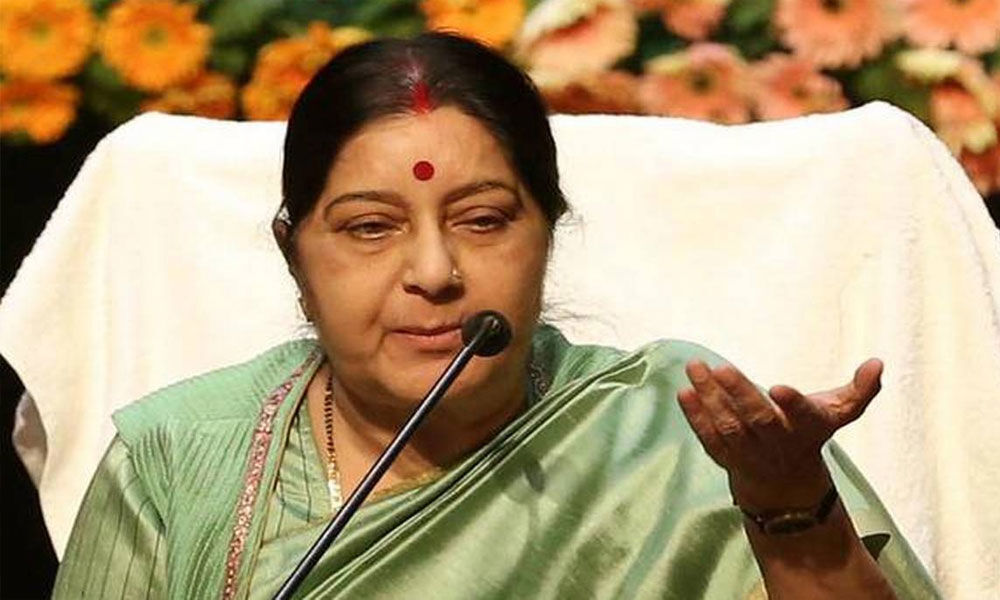 "A day after the airstrike, Pakistan retaliated and shot down one of our planes. We also shot down their plane. They captured our soldier. Bringing back captured IAF pilot in just two days is a major diplomatic success for India," Swaraj said while addressing 'Vijay Sankalp Sabha' here.

She said that accountability is a major principle of democracy. "If you seek votes after making promises, the next time you go back to seek votes, give an account of your promises and then seek votes," she said.

"When the UPA government was in power, a major terror attack happened in the country in 2008 (Mumbai attacks) in which 166 people were killed including foreigners. Hence, it was an international level attack."

"If the then government would have wanted to create an atmosphere to confront Pakistan, it could have done that. But, the government only told Pakistan to investigate," the External Affairs Minister said.

On February 26, the IAF carried out an airstrike at a Jaish-e-Mohammad (JeM) terror training camp in Balakot.

The strikes were in response to the terror attack in Pulwama in which 40 CRPF personnel lost their lives. JeM had claimed the responsibility of the attack.