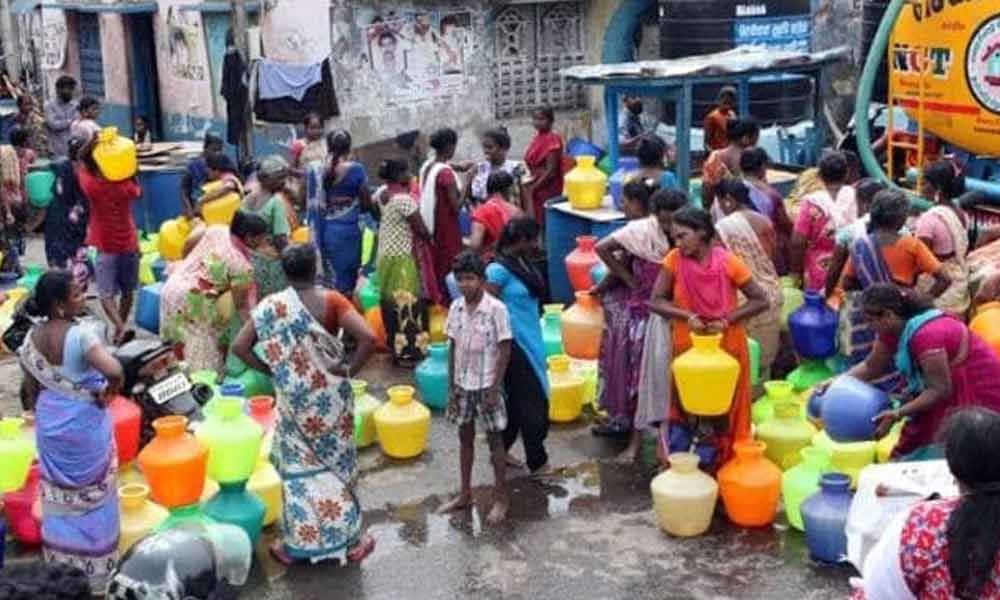 After being denied permission to protest at Valluvar Kottam, a designated protest venue on Sunday, the NGO has moved the Madras High Court. The case will be heard on Tuesday.

Opposition DMK has intensified its protests against the government. DMK president M K Stalin on Monday led a massive protest in Chennai and said the government is downplaying the crisis. 'Yagams' that AIADMK leaders are conducting are to save their positions in the government and not to please the rain gods, said Stalin.

He raised an empty pot dramatically and asked, "Kudam Inge Kudineer Enge?" (Pot is here, where is the drinking water)?"

AIADMK, on the other hand, has claimed that the water crisis is not as severe as it is being projected by the Opposition party.